After a while every photographer accumulates a lot of bags. Most of mine are task specific, like my sling bag is for those days out in nature when I need more photo equipment with me than other stuff like lunch or a place to store clothing layers; when I need to bring that stuff, I choose my old backpack. Since about ’02 or ’03 that bag has been my carry-on when I travel with my camera with me. It’s ok and holds pretty much everything I need, but I feel kind of like a country bumpkin sometimes. Especially when I’m not going to need a backpack for the trip itself (not hiking). In those cases I wanted a protective bag that looks like it belongs to a grown up woman. Harder to do than you’d think. Oh sure there are plenty of manly or hipster-doofus messenger bags, but that’s not what I wanted. And yeah, there are purses/totes galore, but who wants to wrap her $1500 lens in a t-shirt?

Aide de Camp to the rescue! (No, I’m not a shill, I just thought an article about a nice bag that is actually useful would be helpful for other women in my situation.)

So before I get into the bag itself check out what I got into it with ease!

Yes, that is a full-sized tripod (a Really Right Stuff TQC-14)! Sure, I had to detach the head (a RRS BH-30 LR), but better than either carrying it alone or putting it in a checked bag. I didn’t mind when I had an el-cheapo travel tripod, but not my precious. That stays with me whenever possible. Oh and I just realized my Oakley case for my Half Jackets and their 2 extra lenses isn’t in that shot. It’s a relatively big hard shell sort of egg-shaped (7 inches by 4 or so). That fit, too.

They’re bad cell phone pics, but here’s how the bag came to me in the first place – 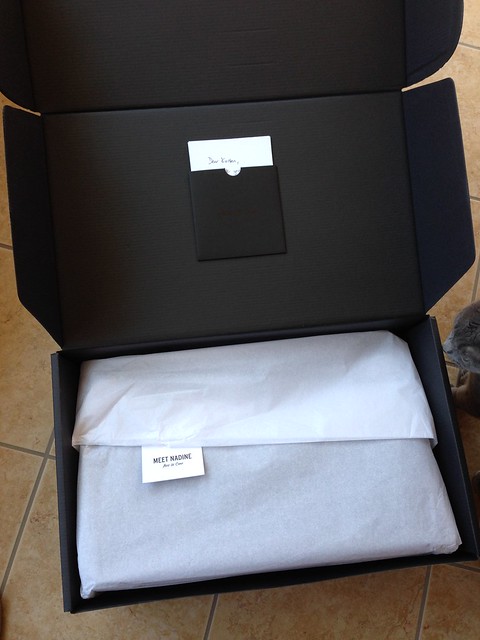 There’s a bonus kitty in that one, I think it’s Matilda. 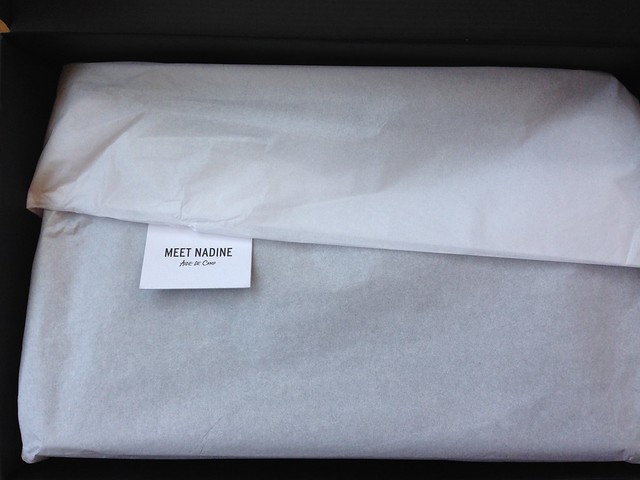 Isn’t that lovely? It comes so beautifully packaged and presented and shipped relatively fast from Singapore. I’ve bought some reasonably high-end bags in my life and this was on par with those. It even included a little note thanking me for my purchase.

I decided on the Nadine after about a day of research. Most other bags were either hideously ugly, got poor reviews or were too small and/or flimsy. It reminded me of buying motorcycle gear in the mid 1990s; most of it was pitiably useless, offering no protection or technical edge, but instead had fringe or rose appliques. I had to by men’s gear which usually didn’t fit correctly. Ridiculous. Why don’t companies take the needs of women as seriously as they do the men? Sure, there may be fewer of us in certain sports or activities, but it doesn’t mean we don’t do those things with any less dedication and it certainly doesn’t mean it should be a more risky activity as a result. Anyway, I’ll stop ranting. 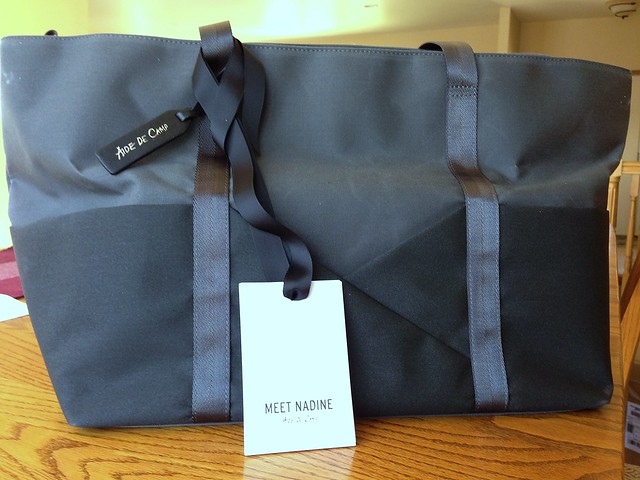 At first I thought it might be a little too big, but once I filled it (with the tripod!) I realized it’s pretty perfect. When I arrived at the hotel and removed the toiletries and a few other things, this became the bag that went in the car with our daily needs tucked right inside. It was great. It’s made of soft, canvas and the straps are of the same material as car seat belts (I do wish they were a little wider or padded, but you can’t have everything).

For an airline carry-on it works quite well and it fit under the seat of a small regional jet. There’s a large padded pocket for a 15″ laptop, but I used it for my iPad. I didn’t take up all of the camera section with gear, but used some of it to stack small items like the watch and jewelry box I travel with. My rectangular black cases, one for camera and one for charging accessories, fit on either end of the padded photo drop in. There’s a flap for securing it to a rolling suitcase which makes schlepping it easier when it’s fully loaded. My only complaint is that the straps are a bit short for me to comfortably sling over my shoulder without breaking my wrist or using two hands. I’m 5′ 9″ and don’t have particularly long arms, but it still could use a couple of inches to make that ideal. If you’re short it shouldn’t be an issue.

So I hope that was useful. If you need a bag for your camera gear, but that holds other things and looks good doing it, put this one on your short list.

For more information about this bag, visit The Nadine Collection. I don’t have direct experience with any of the other bags, but on the strength of this one, I recommend Aide de Camp if you’re looking for a stylish bag that offers real protection and flexibility.

One thought on “A serious camera bag that’s seriously stylish”