Way out on the end of what I call the pointy part of Wisconsin is Rock Island. It’s a state park and no motorized vehicles are allowed. You need to take two ferries to get there, but once you land it’s pretty great. Everyone scatters and finds trails that wind all over. You can tell some are way more popular than others, but you can get away from the sights and sounds of humanity. That’s exactly what I did on the day I turned 50.

Here’s a view of the ferry going across from Jackson Harbor where I was staying. I am always startled by how bluey-green Lake Michigan is.

My first stop on the island was the Pottawatomie Light. 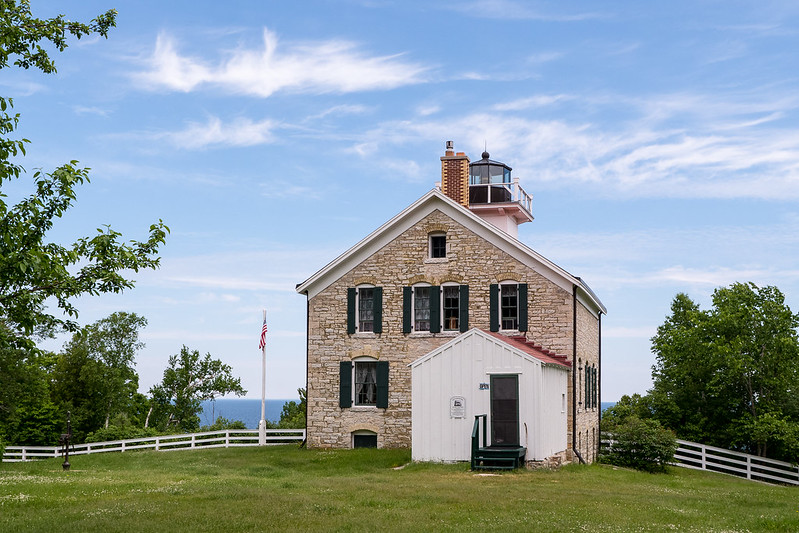 It was built in 1836 to aid shipping from the lake side of the peninsula to Green Bay. Lots of shipwrecks out there in the lake. Currently there are tours during the summer season so you can see what living and working at the light was like at about 1910. Difficult to say the least. You can read more about it here.

This and other library boxes circulated among the many light houses in the federal system. Officials and inspectors would visit periodically and bring these and other much needed supplies with them. They would also bring news, gossip and a social element to the people living at the lights. In these days of instant communication and connection, I can only wonder at how important these links were.

This looks like a good spot for some reading –

Until you had to visit this – 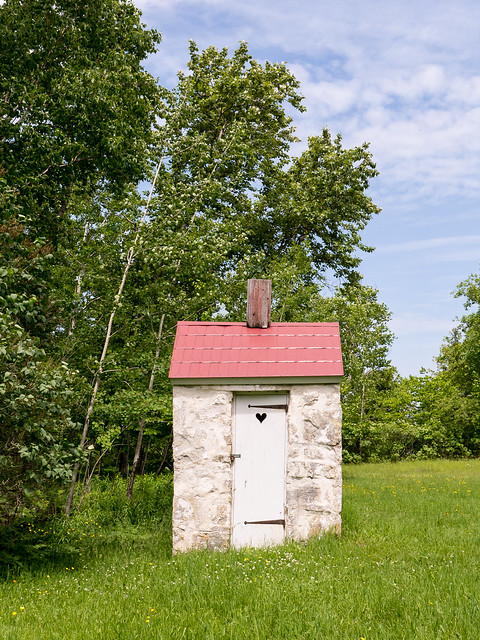 As a person who has spent some time at a cabin with an outhouse, I can attest at how much of a pain it is. Especially in winter. At night. Holding it becomes an art form and a self-inflicted torture.

Still, it was a post some folks really hung onto. The first light keeper, David Corbin, is buried not far from the light, just down this path – 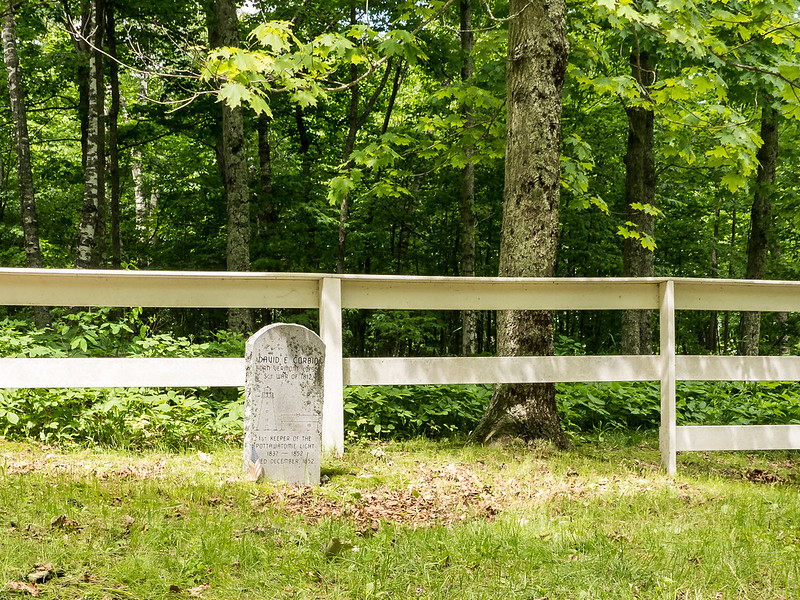 Oh and I forgot this image on the first draft. It’s the tiny cemetery near the light. So awful.

Rosalinda M Miner died April 25. 1853 aged 4 years, 5 months & 17 days. So sad. What a horrible thing for the parents to endure. I tried to read the inscription on Rosalinda’s stone, but can only make out a few words like precious and mourn. This is on Rock Island near the lighthouse so I assume they were one of the keeper’s daughters.

So that’s it for part one. Part two coming soon. This time with a bit more nature!