I don’t do unboxing videos and play-by-play posts, but here are my out-of-the-box impressions of my new G9. Sitting here on the couch with a heap of camera gear next to me. Three lenses, two bodies and grips. It’s crazy. 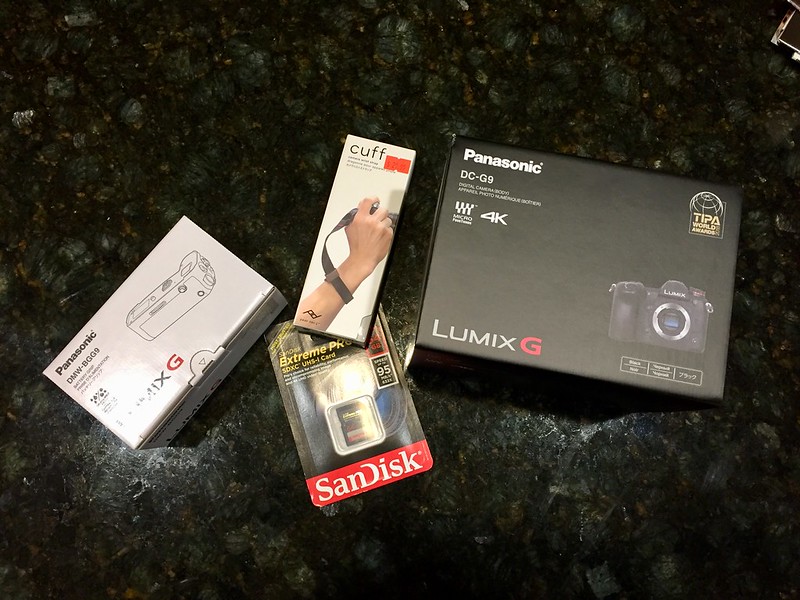 What if I lose my shit?

Upon attaching the battery grip I was irked to see there is no little depression to hold the connector cover once you take it off. There was such a useful device on the battery grip for the GH3 and so I still have that cover. Who knows how long I’ll hang onto this one. Would it really have been SO DARN difficult to include one on this grip? I mean, for $150 more than the other one, I think they could have figured out a way. Grr. 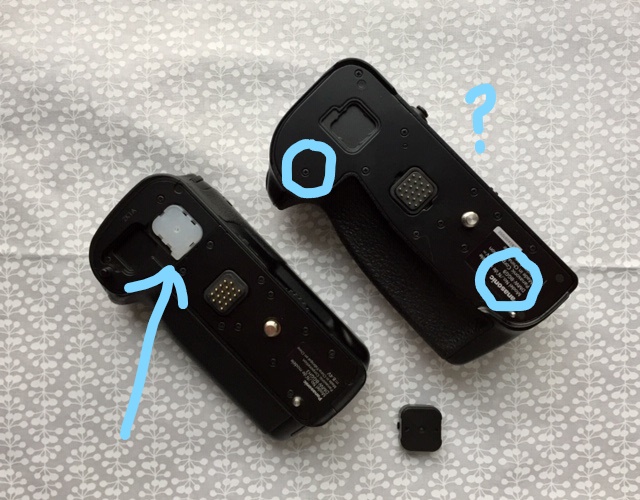 When a drag is not a drag

The plastic feels solid and quite different from the GH3 which is softer and more rubbery in texture; the G9 is smoother and somewhat less grippy. The G9 has more angular corners on the grip, both on the camera and on the battery grip. It is very slightly bigger, but doesn’t feel like it weighs more. I’d have to put them on a scale to know the difference. There is also a difference in the feel of the friction when putting a lens on. It’s got a bit more drag. Tighter fit? 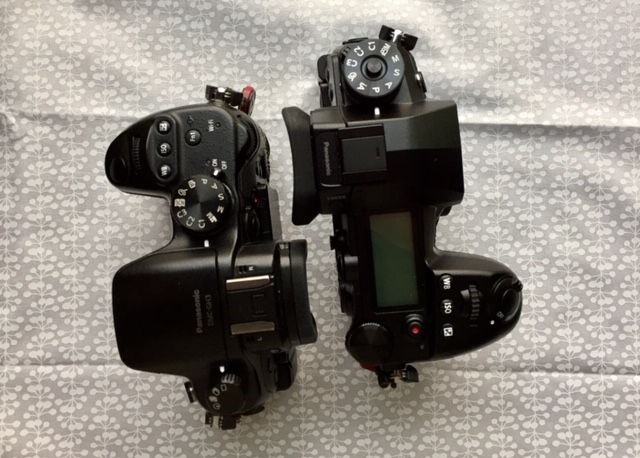 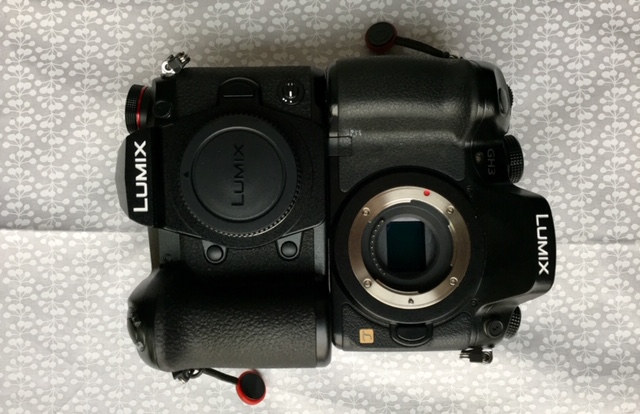 The menus are very similar although more extensive on this one because it does more stuff. I managed to find a few things just from memory and familiarity, the rest I went through with the help of the user guide. It comes with a printed version of the basic guide. For more in-depth coverage of the advanced features you’ll have to download a PDF version. I don’t mind though – it’s easy to put a copy on the phone so I can have it when I’m out.

So far I don’t find the controls awkward although they do take some getting used to because they are slightly different than what I have had for 5 years. My first field test involved gloves because it was 20 degrees out and windy so it was doubly weird. Treble because I’ve shifted focus to the rear AEL button and off the shutter. The shutter is wicked sensitive and I have to remember not to have my finger near it. I already got a few abstract shots of the yard as I was walking around. 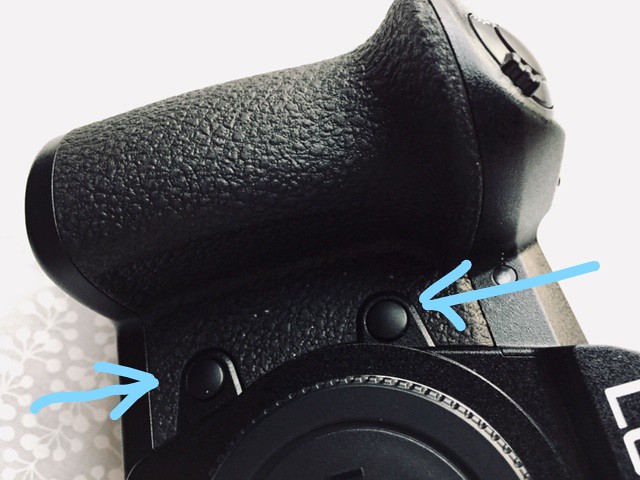 While looking it over for the first time, I noticed two unlabeled, flattish buttons between the lens mount and the grip. I hadn’t seen them discussed in any review. Much to my delight they are customizable function buttons. Strange they couldn’t be labelled like the other three. Maybe it’s because they’re on the front and that would be a strange aesthetic. I’ve assigned one to be a single-shot spot metering switch. The other I will probably make the level guide if it disappears after a while like on the GH3. Otherwise it will be something else I use while hand-holding.

The viewfinder is definitely improved and so is the eye cup. I hope it stays put better; I’ve already lost two on the GH3. The flip/swivel screen is easier to get out and turned around – there’s a little groove on the back of the camera, whereas the GH3 just had a little cut out on the bottom of the screen & camera. I have used it with gloves on and it works fine. It’s MUCH easier to get the screen out and flipped.

Speaking of viewfinders, with this one I can change focus points with a joystick while still looking through it, but with gloves it’s like NASCAR – I can only go left.

Well, kinda. It takes some effort to move it to the right. Take the gloves off and no problem.

Speaking of gloves…you might not need them quite as much with this camera. It gets warm.

Seriously. It was on for hours at a time while I went through menus and set up options. The thing is warm to the touch. Noticeably so. The GH3 didn’t change temperature. Strange.

Oh and just now the body cap is on it and I turned it on. It asked me if I wanted to change the focal length of a manual/non-system lens that might be mounted on it. Very cool. I don’t remember the Olympus E-30 asking me that.

Next up will be some photos. Today is in the 30s and less windy so far and so I’ll probably have a wander. Not too far though…hunters still about!

One thought on “Lumix G9 – first impressions – not the usual picks”