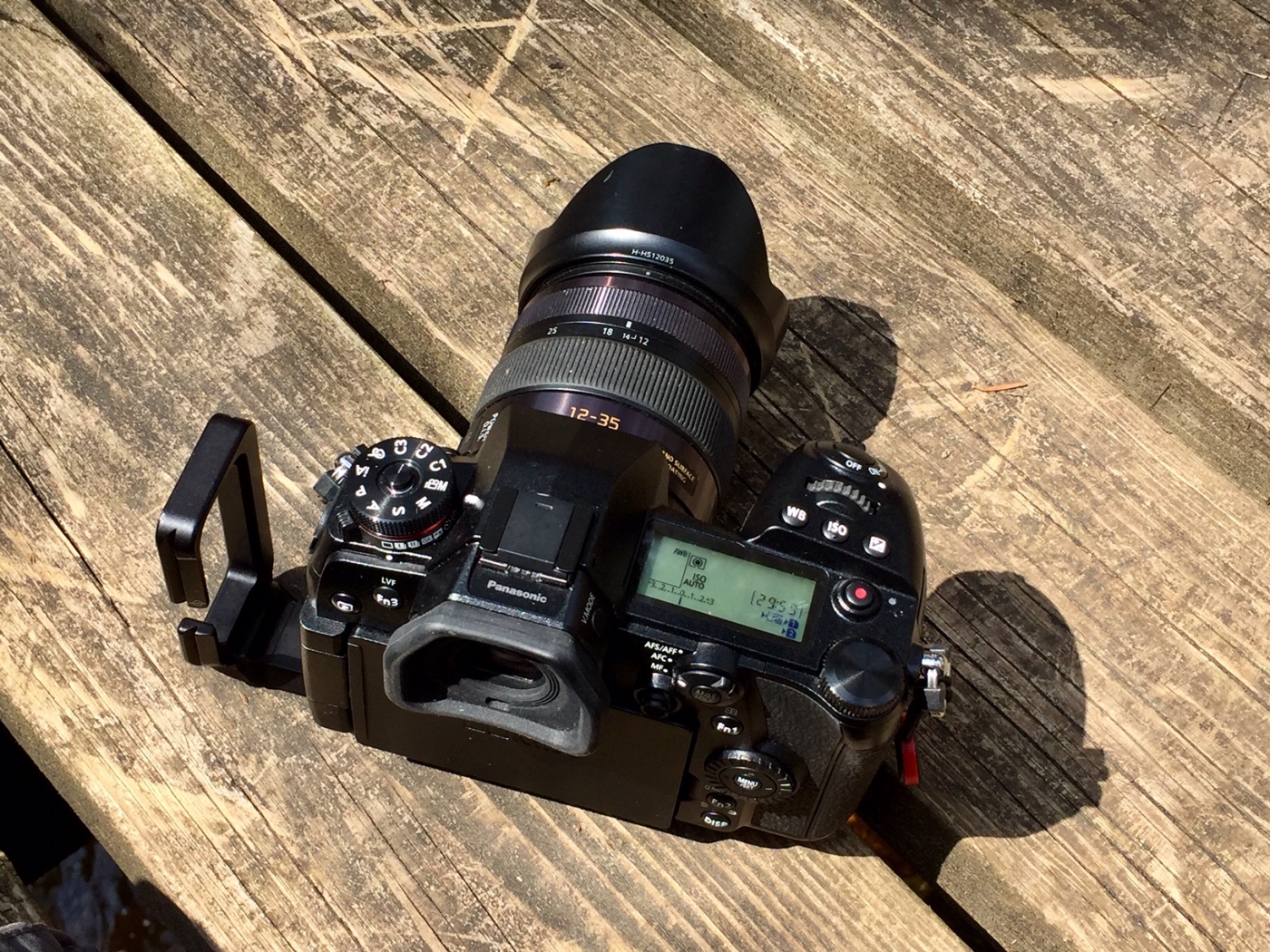 At the time of this writing, I’ve taken 3973 pictures with my new camera and it’s made some changes in my routine and the ways I take photos. What is often called a game-changer. Since I’ve had very few cameras in my life, nearly all of them have had this effect. Over the years the magnitude of the change has diminished with some, but not the G9.

So what am I doing differently and is it for the better?

Let’s break them down.

Convenient, but I should go back to the tripod more. Like many other photographers, I was a late tripod convert, but once I saw how sharp my shots were and how using a tripod made me more careful in terms of set-up, I used it a lot. It is true that a tripod is your sharpest lens and I need to remember that. While the G9 images are good, I think they’d be better if I’d have used a support for some of them. When shooting abandoned stuff, I mostly hand-hold, but I really shouldn’t go into the woods without the tripod. It’s just lazy.

So for the most part, a bad habit.

This is probably a consequence of hand-holding, but today I had the camera on the tripod and I still used the viewfinder. It’s pretty sweet for an EVF. Much better than the GH3. Plus I can change focus points with the joystick without moving the camera from my eye. I LOVE this! Another reason is that my old eyes don’t like to focus close anymore and in really contrasty light, I can’t see the OLED screen as well as I used to. Maybe I should actually use the reading glasses I now keep in my backpack, but I just can’t bring myself to. So it looks I will continue to use the G9 VF more than on any digital camera I’ve had.

Habit = neutral. Not good or bad.

This is good in the sense that I’m getting practice and I’m fooling around with it in the field. It’s bad because I haven’t put in more time learning how to edit videos. I kind of soured on the whole video thing after a few unsuccessful video montage attempts where I thought I’d shot the right type and length of footage only to be stymied in the process of putting them together. Which makes me mad because it’s something that can be overcome. I wish I’d had the presence of mind to shoot some video while kayaking in the Louisiana swamp, but I didn’t. So I will make more of an effort to improve my skills and take more video. As a matter of fact I shot about a dozen clips at Ripley Creek the other day in hopes they will work as the basis for a montage.

This is a new one. And one I was kind of forced into, but found out I like and will probably use more. In the past if I used my ND filter and the polarizer together the GH3 could focus fine. Recently I put them both on the G9 and it wouldn’t focus properly. Strange. So I switched to manual focus and really enjoyed having the blue pixels to indicate what’s in focus. No other camera of mine has had focus peaking so it’s new to me. Since I sometimes blow the focal range/hyperfocal distance in photos. Partly it’s because lenses these days aren’t marked to show this like old ones were and partly it’s because I’ve lost my innate ability to calculate this. Focus peaking looks as though it will help me determine the focal range in any photo and whether or not it is what I want for the shot.

At least the G9 seems to have stopped suddenly going into burst mode or auto bracketing mode which it was mysteriously doing for a while. Panasonic service said to reset to factory settings which I did. Surprisingly it didn’t wipe out my custom settings.

So that’s how the new rig has changed my game. Maybe I’ll talk about my past cameras and how some of them made me a better photographer.