In Part 1 I left off with me just giving in to the fact that I’d snowshoed a lot farther than I’d intended and that turning back would probably be longer than if I just pushed on. So I did. And I am glad because I found a surprise favorite thing.

But first, a change of pace. Black and white. 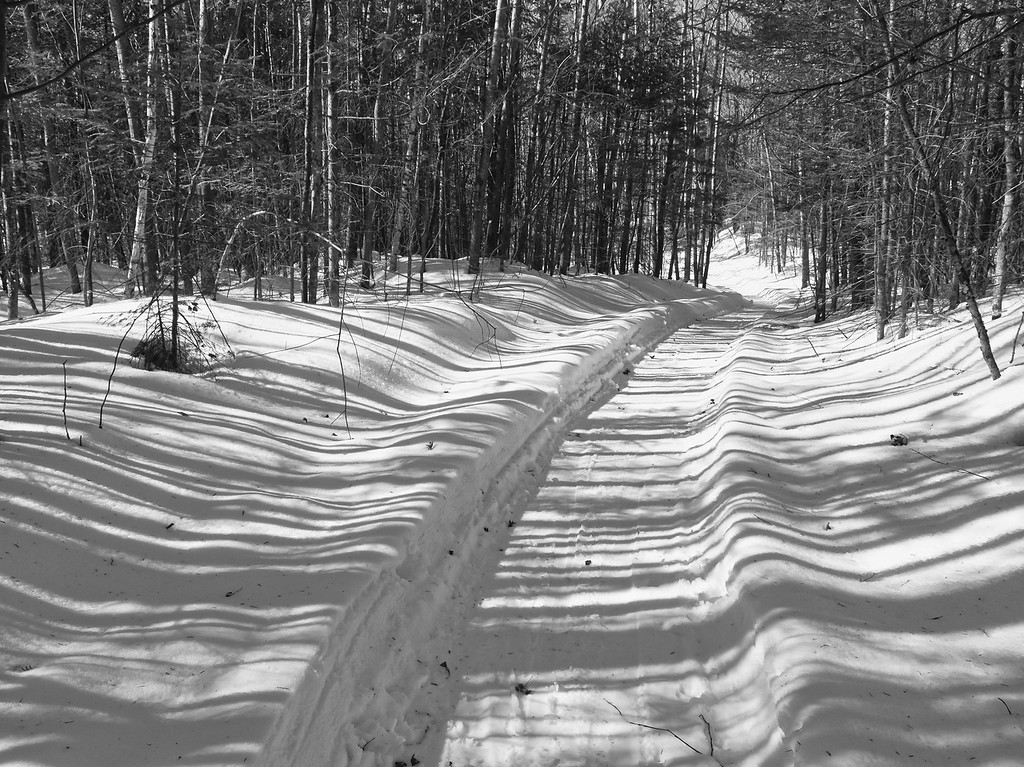 When I’m processing photos from one outing or location, I often try to use the same settings and levels in order to keep them looking and feeling the same. Especially if it was as beautiful a day as it was with these. Sometimes I overlook other ways to finish pictures, but that one above called out for monochrome and so I switched it up.

I think the lack of color in certain scenes makes people go for black and white, but I didn’t limit myself to just that, although those are easier. Especially with the dramatic shadows and the fact that there are actual blacks and whites in the scenes. I love it for textures and emphasizing shapes and forms, too.

When I shot film I almost always had a camera loaded with Tri-X, but I don’t usually add digital grain to my B&W shots. Probably because you can add definition in other ways like clarity which is just localized contrast, but still.

So forest as usual. Mixed, but mostly birch & aspen, maple & oak. A few open areas to the sides of the trail. Skiers up ahead of me. 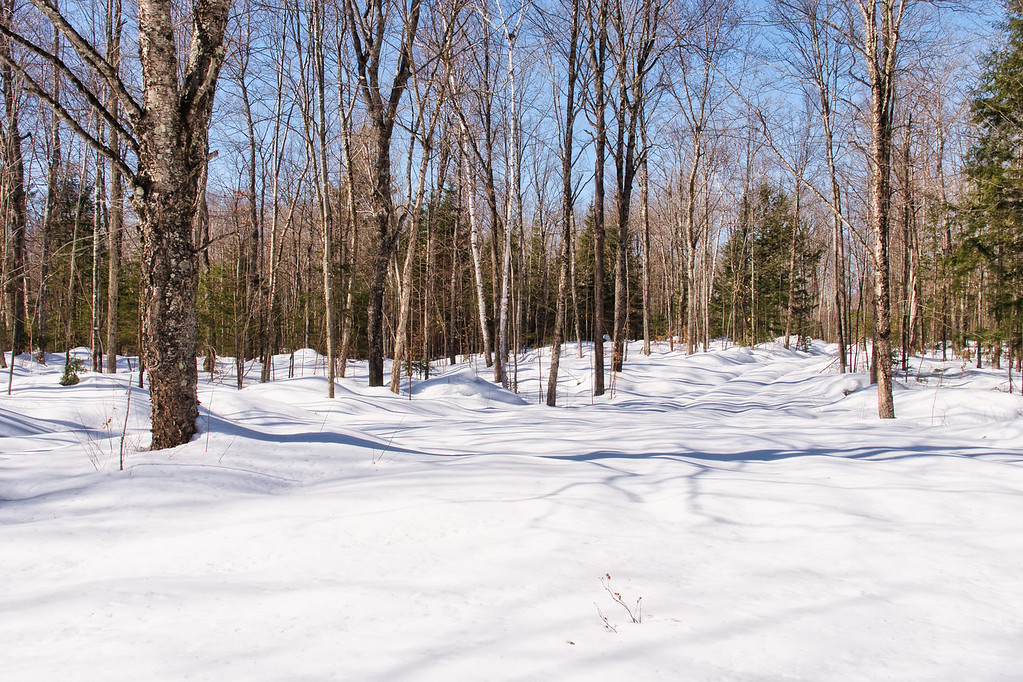 Well maybe. The DNR’s website doesn’t mention one as a feature, so maybe technically it isn’t, but it was a long strip of land that was much higher than the surrounding forest and kettles.

Plus it has what I think is a natural stand of red pine. Usually you find these as crops planted after the natural forest has been harvested. They’re in straight lines and rows and are all the same age and so their relative sizes are the same, too. 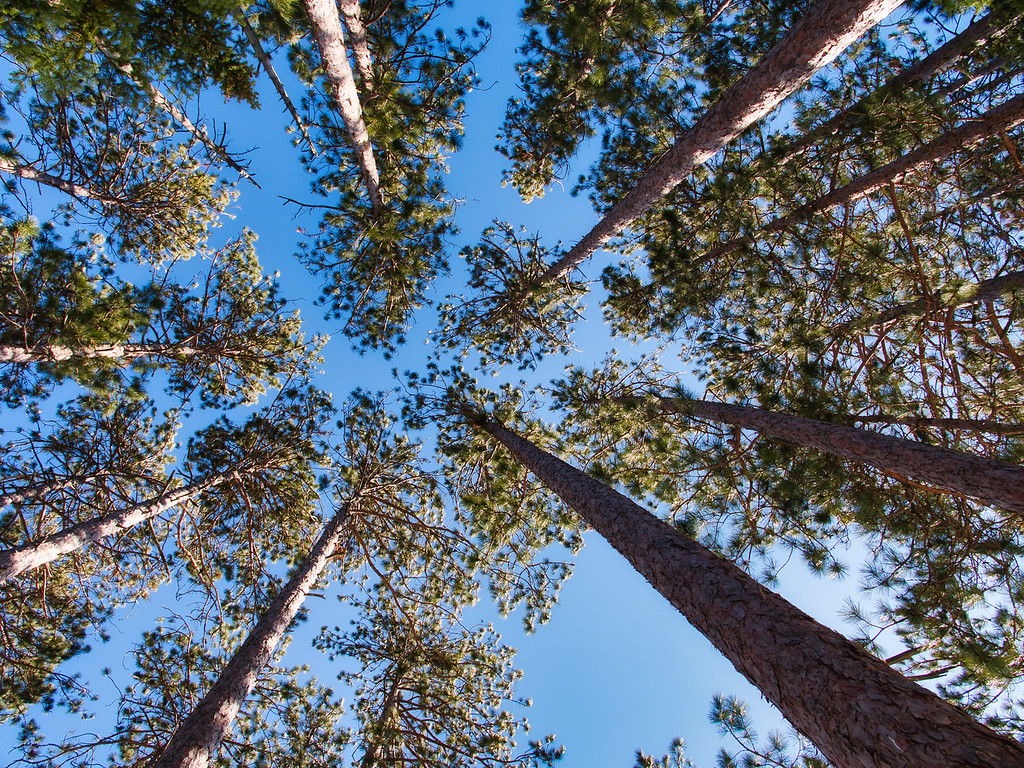 I loved it on this part of the trail. It was so amazing. The breeze was gentle. The sun was noticeably warm. The light was flitting and changing. The trees towered.

And I wouldn’t have seen any of it if I had taken the short route. Hooray for great surprises.

Eventually I lost the high ground and had to come back down.

A little while later I had to focus and make some miles. A little after mile marker 6 or so I came to a junction without a single clue which way to go. My instincts for trails and direction kicked in and I chose a branch, keeping an eye out for tracks of the skiers who came before me. On each little rise I looked for indications of the guy who took his skis off. Found him. And shortly after that there was a sign that said To Parking Lot! I put the camera in the pack and didn’t take many pictures for the next couple of miles. Sometimes temptation got the better of me –

After a while I was out of the woods and back into the bog. Sunglasses back on. A quick check on the car’s app to see if I was any closer. I was.

Then I got back to the original trail split and I was on the home stretch. Even though I was never in any danger, I was relieved to be back on familiar ground, knowing that my Jeep was near and my aching feet would get some rest.

All worth it though and no regrets. I was a little sore the next day or two, but no lasting damage, but even better, lasting memories of a wonderful day and an extraordinary preserve.