A couple of years ago my husband gave me a GorillaPod for Christmas. I don’t think I’ve used it much even though it’s pretty cool, so the other day I decided to give it a go doing my favorite thing – playing with long exposure and a running brook.

Besides trying this piece of kit, I wanted to break out of my routine. I’ve been shooting this kind of thing for 10 years and mostly in the same way – up high on a regular tripod. Sometimes with it on shore or rocks, other times with the legs right in the water. Beautiful pictures to be sure, but same-y if you know what I mean.

A GorillaPod or other small tripod will force you to the low viewpoint, something I’m used to with mushroom and flower photography, but I haven’t done much with other subjects. Oh sure, occasionally I’ve done this with landscapes, but not very often. So here goes.

A different perspective for sure. I like the emphasis it puts on the banks. So much more prominent than a shot from higher up.

Wait?! What?! Am I cheating? How did I get a multi-second exposure so high up without a tripod?

Oh yeah, didn’t I say? A GorillaPod can do things an ordinary tripod can’t. 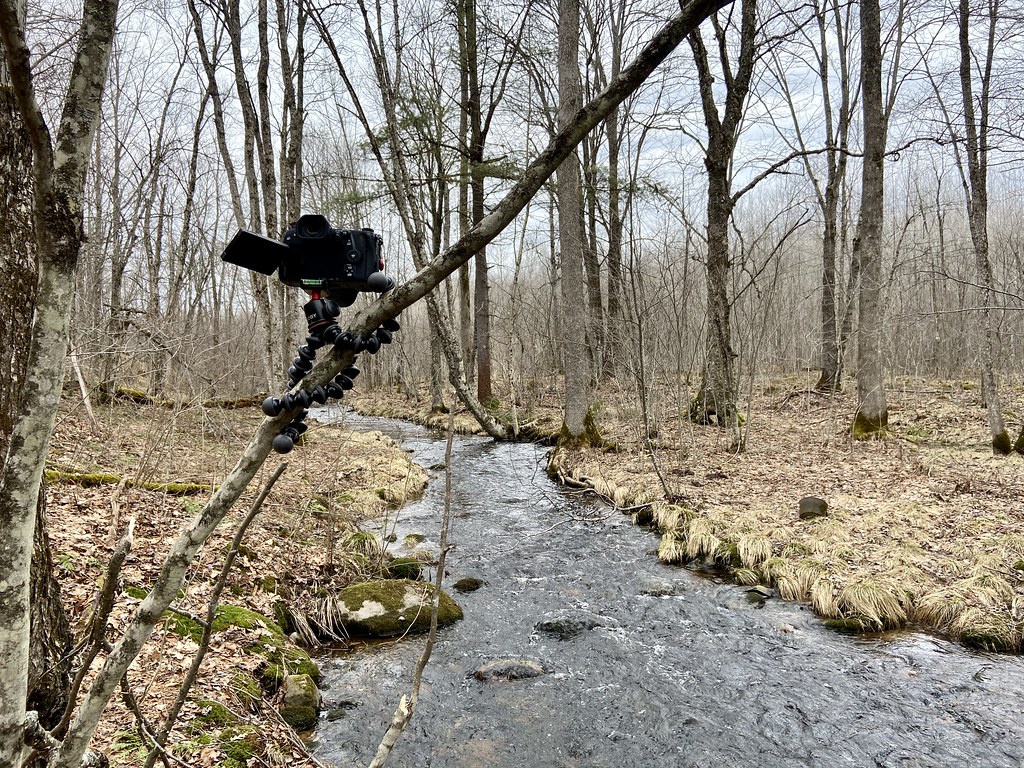 That’s where I put the camera to get the shot above. See that rock on the left? Same. Because of my swivel screen I was able to put it above my eye level and still see to compose. One time I forgot to do this with the camera against the tree itself and had to take it all down and put it up again, this time with the screen folded out. Doh!

With a little ingenuity I even got it to be steady on a straight up-and-down trunk. 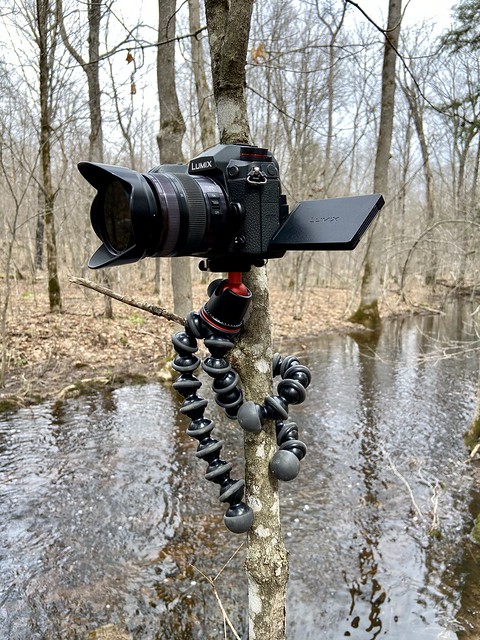 If you look close at how I’ve got it up there you’ll notice I used a little branch as a support. It came in handy. Another steadying effect is using one of the legs straight down as a brace. What’s funny though is that if it’s at all windy, your tree can wave around and blow your shot. It happened once or twice. Funny. I might try it during fall foliage as a different take on the long exposure work I did a couple of years ago.

It isn’t stable enough to put in moving water and while the G9 is water proof up to a point, I wouldn’t risk it other than on wet rocks or sand, not in the current itself, so for the low shots it was on stumps or boulders like this – 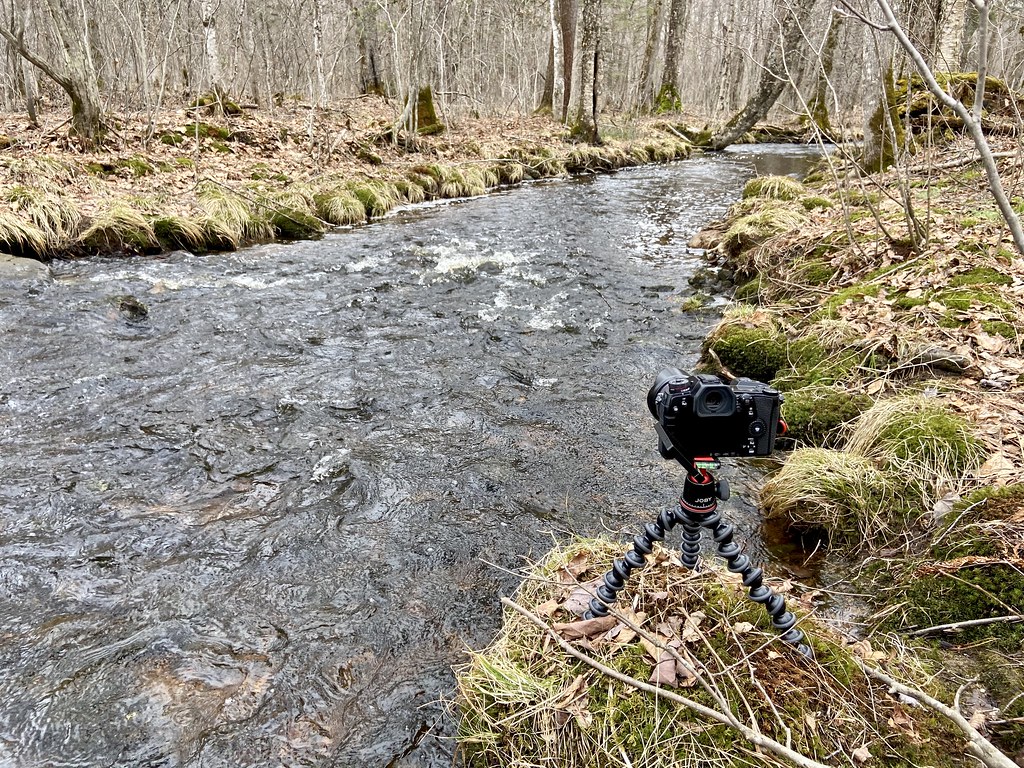 It was fun finding good foreground elements to use. Mostly other rocks, no surprise there.

Look at the difference between the long exposures and the shorter ones.

Probably this is due to the fact that I used a neutral density filter on top of a polarizer for those. It created a bit of a color cast and affected the white balance. I didn’t try to get them to look like the other ones in post, but I did process each type of scene in a similar way.

One obvious thing is the lack of vertical / portrait-oriented shots. The version of GorillaPod I have includes a quick release plate with a built-in level and a cut out to turn the camera vertical. I never did though. Sometimes it just seemed too unstable, others I plain forgot. I’m so used to using an L-bracket that flopping the camera over isn’t second nature anymore. I’ll have to be conscious of it next time and try to change the aspect.

I didn’t take the camera off the ‘Pod at all; it was no big deal to carry the camera attached since it didn’t weigh much more than the camera alone. In fact, I used the tripod on my chest to brace handheld shots. Worked great.

But mostly I worked the low perspective.

It was a lot of fun and if I don’t limit myself to just the GorillaPod again, I will use it more and remember the low down even when using my regular tripod.

5 thoughts on “Having a Go with a GorillaPod”