This one was on my list for a long time and I finally got up there to visit. If you count about 3 minutes a visit. See, the preserve is accessible officially by boat and you have to paddle two lakes and a river to get there. Various sites say it’s 3 miles one way. I think that’s conservative – it depends on whether you hug the shoreline or make straight through both lakes. I did not.

The property is owned and managed by the Nature Conservancy which purchased it from the Rahr family. Check out this link for a quick history of the preserve. It contains one of our few old growth forests with two small lakes almost completely protected from human development. Here’s a map that shows how you get to the trails, which I’d like to check out sometime when the bugs aren’t deafening. Seriously. I’ve never been in a buggier place in my life. And I live in Northern Wisconsin! 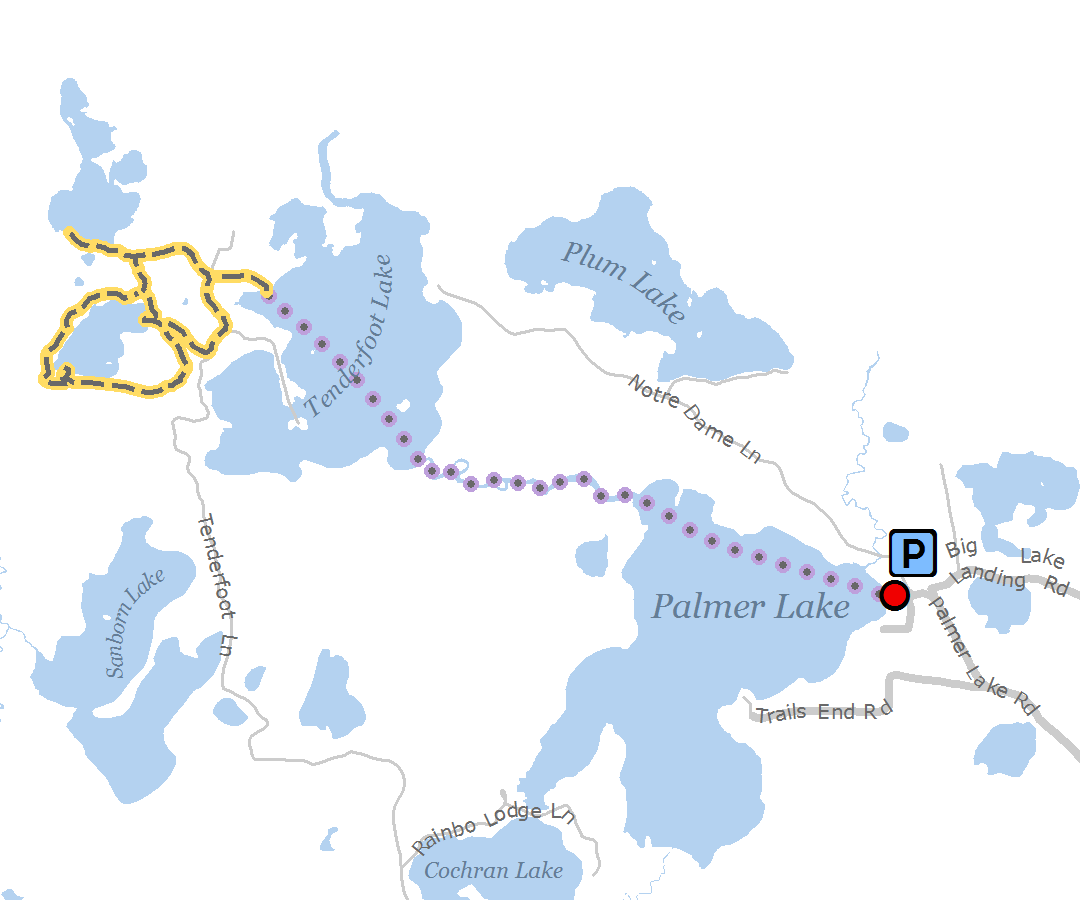 The landing is pretty big, has plenty of room for trailers and bonus – has a pit toilet bathroom. Oh and there is a dock, too. Very handy for loading me and my gear. So off I went across the top of the lake, which incidentally, is the only part without houses. Tenderfoot also has houses, albeit fewer of them. 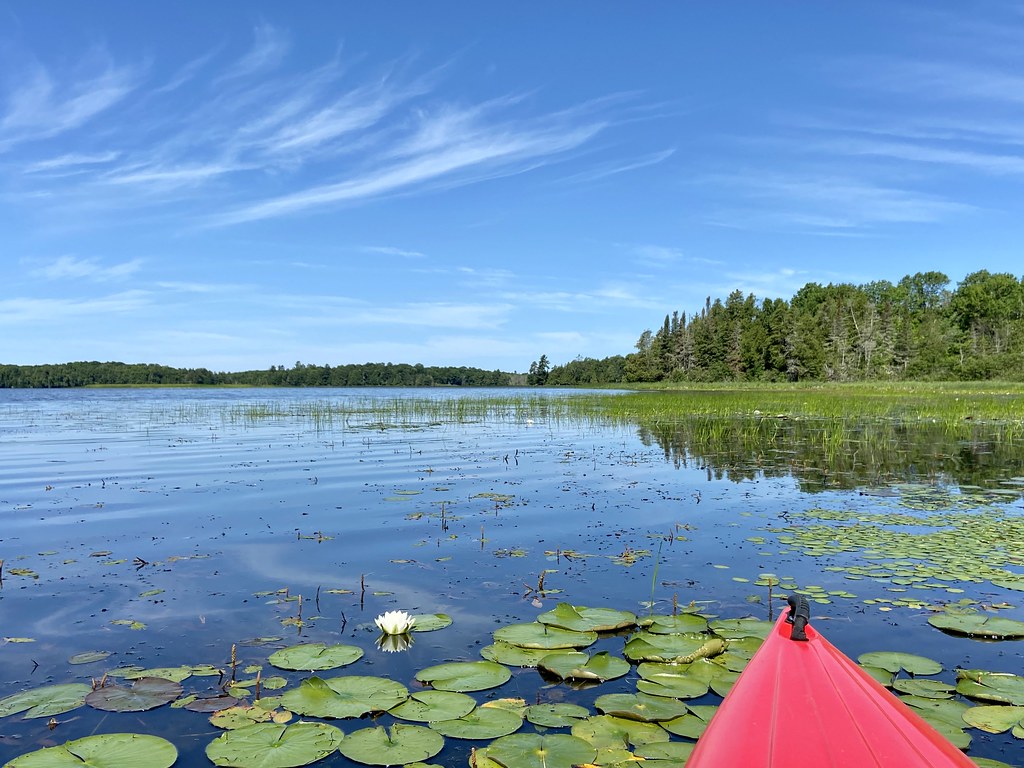 On my way I watched a pair of eagles have breakfast together. I don’t often see a pair that close so it was interesting to watch their behavior. They vocalized to each other in that imitation of a rusty gate they do and one shared its catch with the other. I actually watched it get the fish, but it flew off around some trees and by the time I caught up it was on a log behind a dense reed bed so pictures were impossible since the reeds were far over my head. I did get this one after one flew off to this tree. The sun was intense and I think it was trying to cool down by panting and spreading its wings a little. 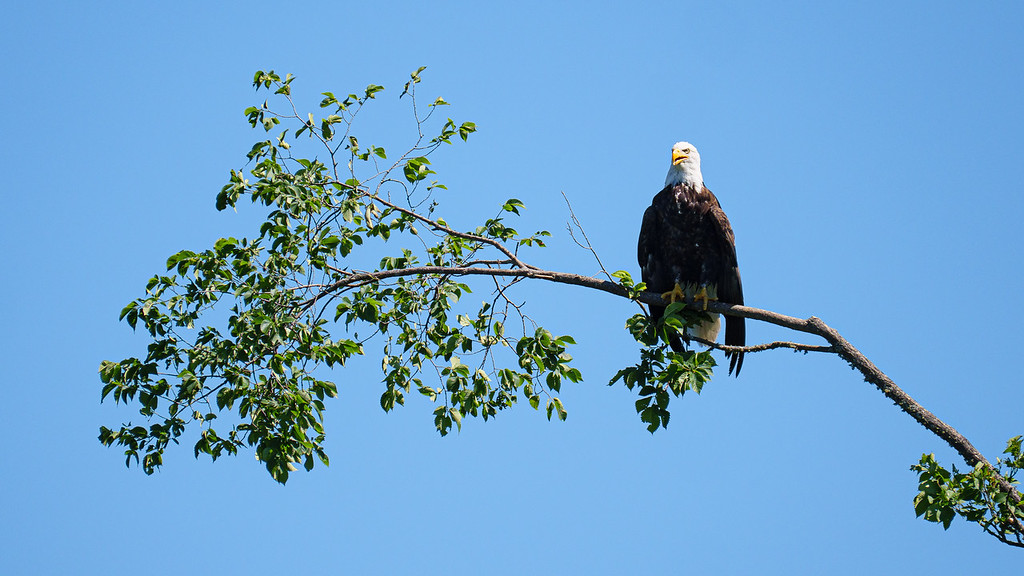 All the directions say that you need to stay to the north end of the lake to find the opening that is the Ontonagon river so I did that and even though it took a little extra time, I found it.

The river is maybe the best part of the experience. It bends sharply and is shallow in parts. Not shallow enough to keep big boats out as I would learn, but they have to go very slowly and carefully and it’s easy to hear them coming. Without them it’s very peaceful.

Then it was onto Tenderfoot lake. I didn’t paddle straight through and found an inlet with an osprey nest. When I got too close the bird started to panic call so I kept back and didn’t bother her. There is what appears to be a small resort with some cabins on that end and I said good morning to a guy stopped at the dock with his dog in the boat, too. Then I found this amazing shallow bit with a beaver lodge. You can always count on the water being fairly deep in front of a beaver lodge so I could maneuver without much trouble. I sat for a while just drinking it in.

I found these beautiful marsh skullcaps in bloom. A new flower for me – woo hoo!

When I moved around the next bend in the shoreline, there was the dock, so I got out to have a look at the trails. As I said above, that didn’t last long and soon I ran (literally) back to the boat and the relative peace of the water. 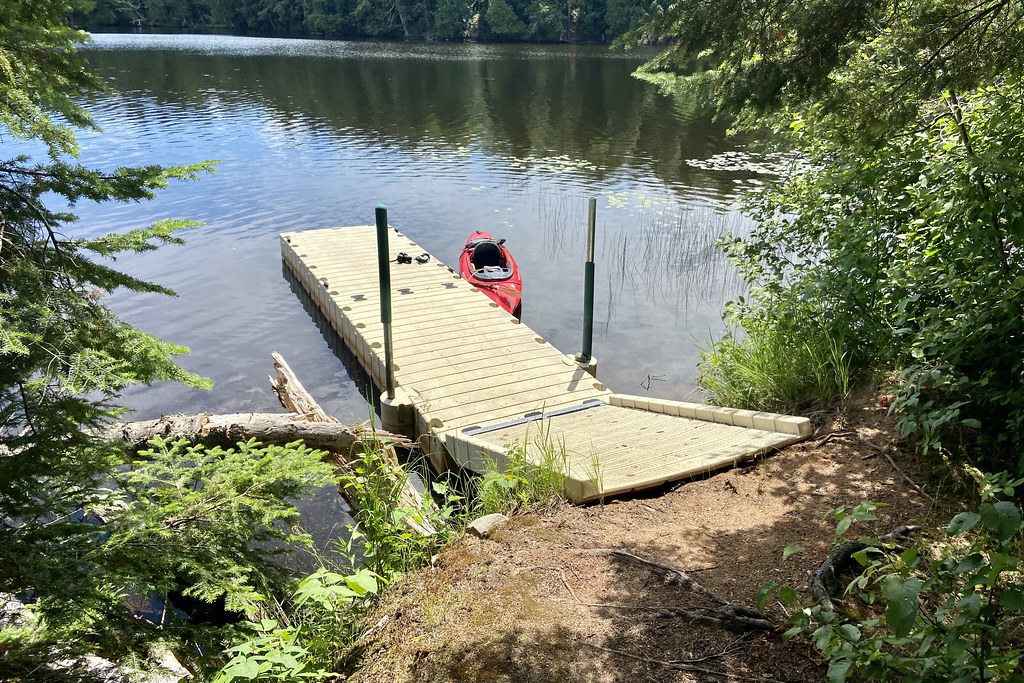 So I wandered into the next little bay and found a couple of strange things. There’s this narrow peninsula that seems to be all private property. On the tip is a large, modern semi-monstrosity of a cabin with lots of dock and outbuildings. It’s probably a fabulous refuge from the world, but next to it, on different parts of the peninsula are older buildings that could be abandoned, but not all of them are (new chimney = dead giveaway. There wasn’t anyone around to ask, so I’ll probably never know, but I did take some cool pictures and resisted the urge to trespass.

Here’s a little footbridge that connects the island to the peninsula, I love how they just layered a new one on top of the old one –

I had a little fun with processing, too.

Then it was time to turn back to the river so I could get back to Palmer lake and the launch. More playful processing. There are some cool presets in Lightroom that I’m exploring.

So many flowers, too!

But that wasn’t all I found on my way back. After I stopped and pulled over into a small hollow to let a huge power boat go by, I came across these guys –

In the plants it was hard to tell what I was seeing at first – especially since most of them were like the two at the back up there. They couldn’t stop feeding. It was pretty funny.

They were the most tolerant ducks I’ve ever come across. Most of them get a whiff of me a mile down stream and take off, flapping like mad. But this mallard crew just paddled around and ahead of me and I eventually left them to themselves.

It was a pretty great outing even though the lakes weren’t as wild as I thought they’d be. I might get up there in fall and do a hike and a paddle. Maybe even get up the Tenderfoot river a bit, too.