The spring was cold and wet so the dragonfly onslaught came after Memorial Day weekend. For a couple of mornings I went down to the dock with the long lens so that I could catch them during their amazing transformation.

First they swim to shore –

I’ve never seen one do that before and always thought they crawled on the bottom to climb up. From my reading I learned that the nymphs stop eating (pretty much the only thing they do) for a while and enter a period of rest during which final changes are made to the exoskeleton. I think that might be the proto-wings you can see here on the back of this one. 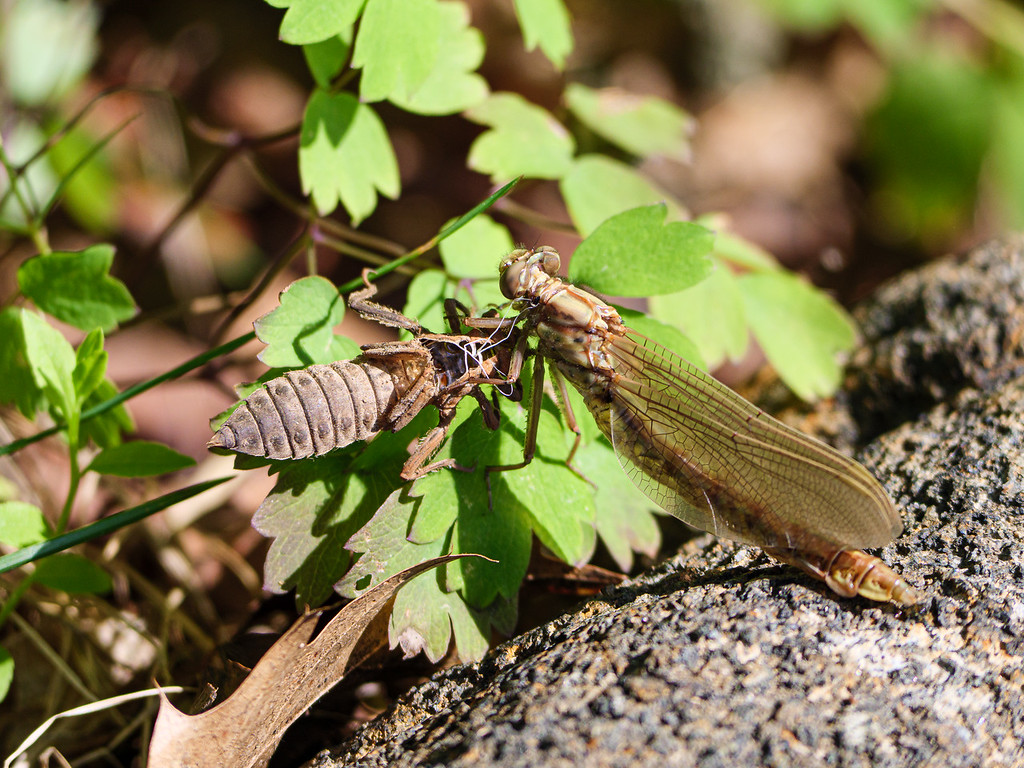 There were so many of them it was hard to keep track – dozens and dozens just on our tiny strip of open waterfront. Some stay very close to the water’s edge and some walk 10-20 feet or even more up the lawn and sometimes up trees on the lawn. I have no idea why the difference, but they are so vulnerable at this stage I want to protect them all. The grackles and red-winged blackbirds dove in and out of the shoreline bushes picking them off. So easy.

It takes an hour or two before they’re able to fly and at first they’re wobbly and don’t have much coordination.

I know they only live at most a month, but since they eat the insect hordes I want as many to survive as possible. Plus I love watching them dive and dash across the open space over the lawn. 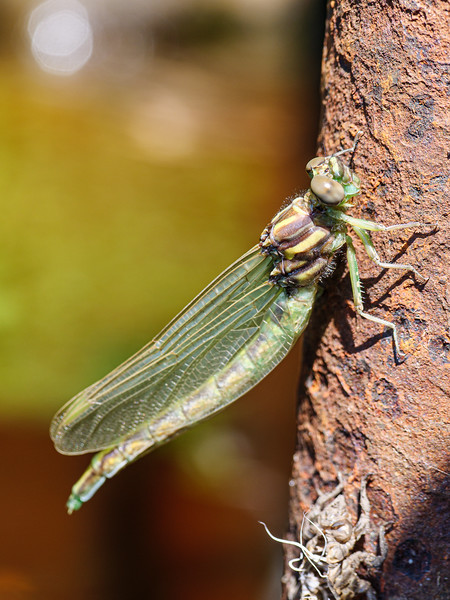 For the most part we get cobra clubtails in the first wave. They take a day or so to achieve their full breeding colors. From this – 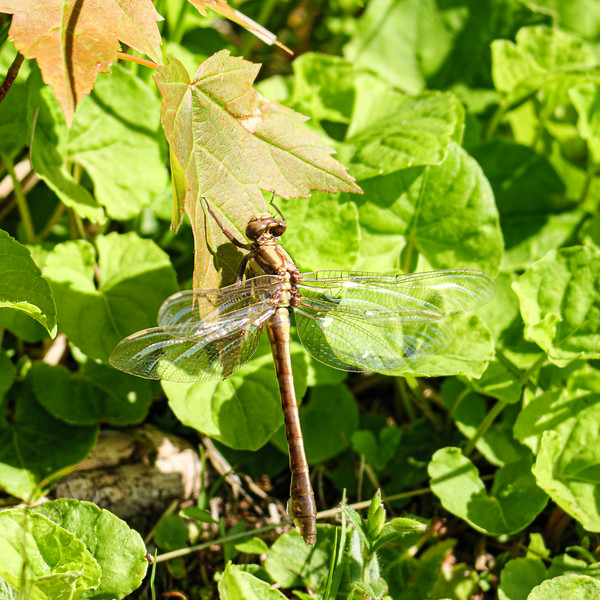 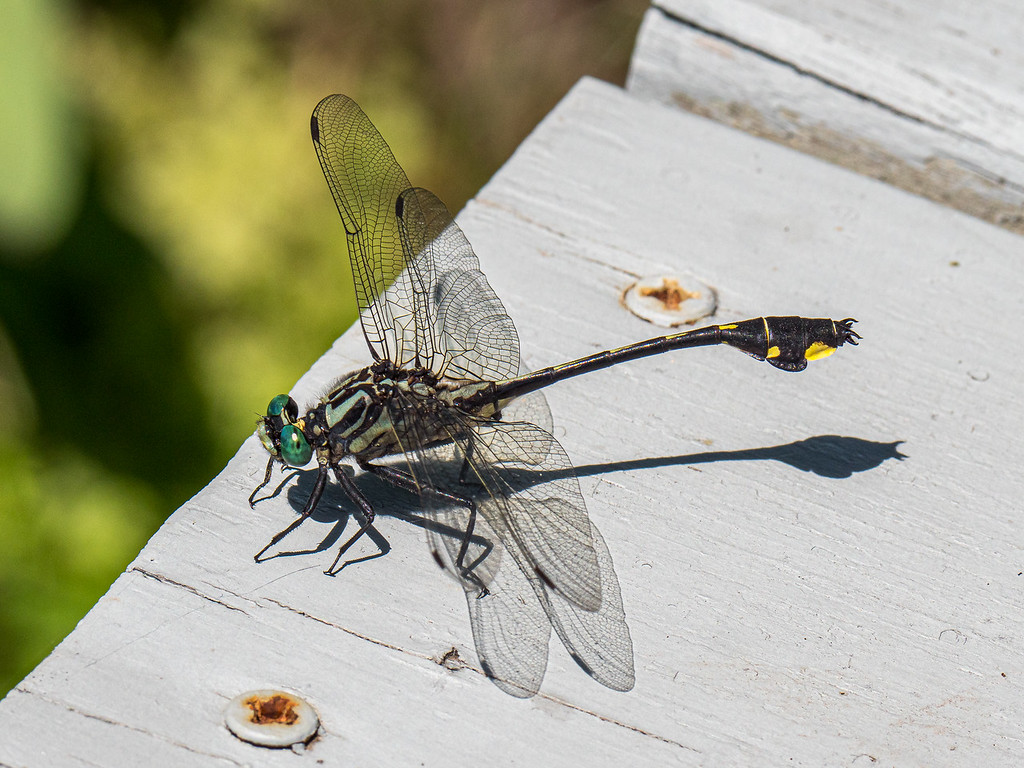 Obviously not all these images are of the same insect, but they represent the final transformation pretty well. You’d think that the shoreline would be littered with their larvae exoskeletons, but it’s not. They disappear overnight. I have no idea what eats them (shudder), but something must. No waste! And they are a little gross and creepy, so I’m glad they go fast.

It’s pretty amazing. After years living underwater, they are so exuberantly airborne. They are fierce hunters (in water or the air), but are also hunted and will even cannibalize each other!! I found this one in the lawn and thought it would be OK since it didn’t appear injured, but alas it was too late. It couldn’t control its legs or wings. When I looked at some of the close ups I got in the computer, I could see it was damaged. Poor little one. But look at that face! Those eyes!

This last shot was taken with my new macro lens, but that’s for another post!

2 thoughts on “The Invasion was a little late”