Riley Creek never gets old for me and I hope it doesn’t for you or else you’ll have to skip posts in the future. It’s a beautiful escape so close to the house the car doesn’t even get warm. Even though the parts of the creek with good access is small and probably doesn’t let me get a variety of images, I keep visiting because it’s so beautiful and tranquil. This time I wore sandals and got into the water at a couple of spots I haven’t spent time with before. It was a bright cloudy day and I hoped for some long exposure work and I got a couple hours in.

The brighter areas where there is little canopy helped to give depth to these shots and I like the different range greens, too. The way the sun lit up the water in the foreground is also pretty cool. So many times the water is just a uniform dark brown (don’t you love tannins?).

Summer heat means I can get in the water and not risk hypothermia. While I was standing in a little still part to the side, crayfish would come and nibble my feet. Scared the hell out of me the first time, then I just laughed when it happened. Some of them are pretty huge though and I was surprised. None of the ones near my dock are that big. Fewer predators? Different water conditions? More abundant food? Not the same species? Maybe I should simply and sit and observe. When it’s less buggy!

I haven’t shot toward downstream from this bridge before because it had been much messier in the past – clogged with downed trees and branches, but it looked pretty great this time so I hung out. Just beyond the end of the water below is a big pile of debris that is just above a little waterfall that would be great if the pile weren’t there blocking so much of the flow. I’ll keep an eye on it. Maybe in future a big snow melt it will shift.

I got down off the bridge to the right in the shot with the log. Good thing I was going slowly and paying attention – poison ivy!! Although it isn’t as rampant as it is in NH, we do have it and I guess old habits die hard and I spotted it before coming into contact. After looking at the situation and the shot I could get from there, I decided to bag it and get back up on the footbridge. This is upstream view –

I’ve gotten some shots by rocks with the green on them upstream, but since it was running so high I decided to stay on the bridge. Probably more poison ivy in the vegetation I’d have to wade though, so not worth it. It was also wicked hot and humid and I just wanted to drain my water bottle. Maybe I should have just sat down and put my head in the water!

What? You’re surprised? Lol. Couldn’t leave the new macro lens in the bag could I? 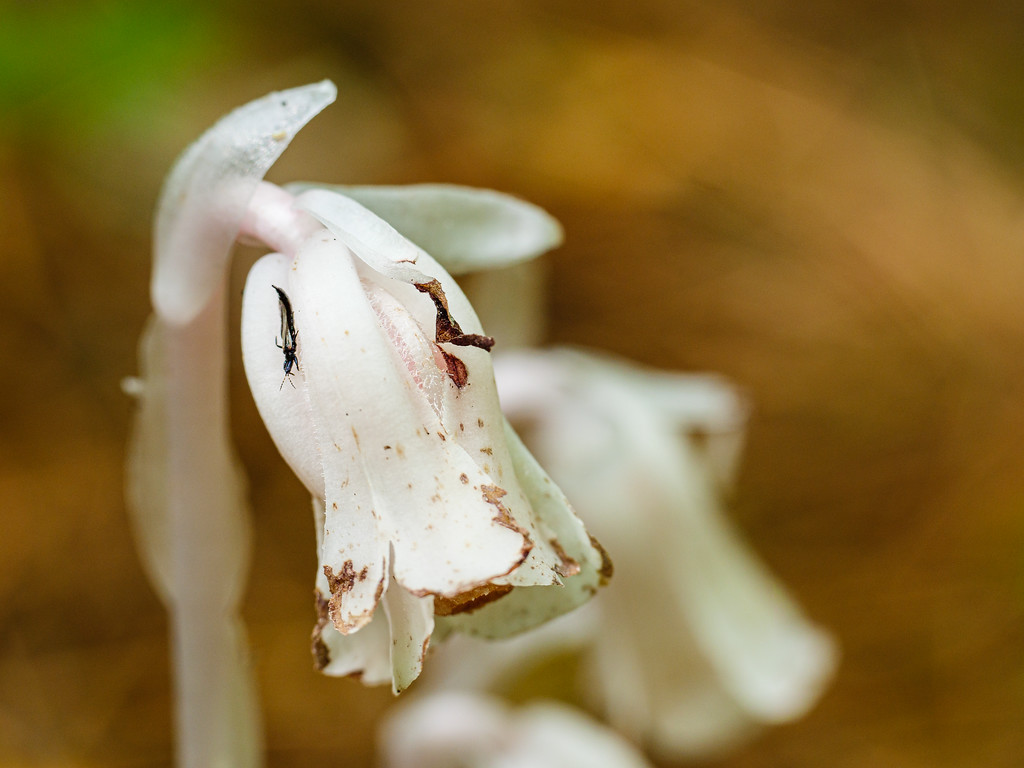 There are a few bridges over the creek that you have to cross and that’s where I found this lovely little green frog sunning itself. I love how the direct light turns it a little translucent. Most frogs will let you get close to them so long as they can see you and so I could use the Leica 45mm macro for this shot. The detail is wonderful as are the different greens.

It was only a couple hours (sweaty ones!), but what a perfect little break in nature. There are more trails away from the water that I’ve snowshoed and skied on, but haven’t hiked in ages. Maybe I’ll do that next time.