If you follow this blog or any of my photo hosting sites, you know I’ve been photographing mushrooms for a long time. They’re so fascinating and come in so many shapes, sizes and colors that they’re an easy target. Especially if you’ve got a macro lens!

Now I’m out here in Wisconsin, nothing’s changed except maybe that there are more mushrooms and I’ve found some varieties I’ve never seen before. Not so with this little beauty commonly known as the chanterelle waxcap. Here’s an image from 2011 of what I believe is the same species –

What a beauty. At the time I shot it I didn’t have any mushroom field guides and tried to use the internet to get an ID. Impossible. Lately I’ve acquired a couple of books and borrowed some from the library and let me tell you; mushroom identification is wicked hard. Even with 4 books and Google, I sometimes can’t get it. These though have a dead giveaway that makes them stand out from others like them. 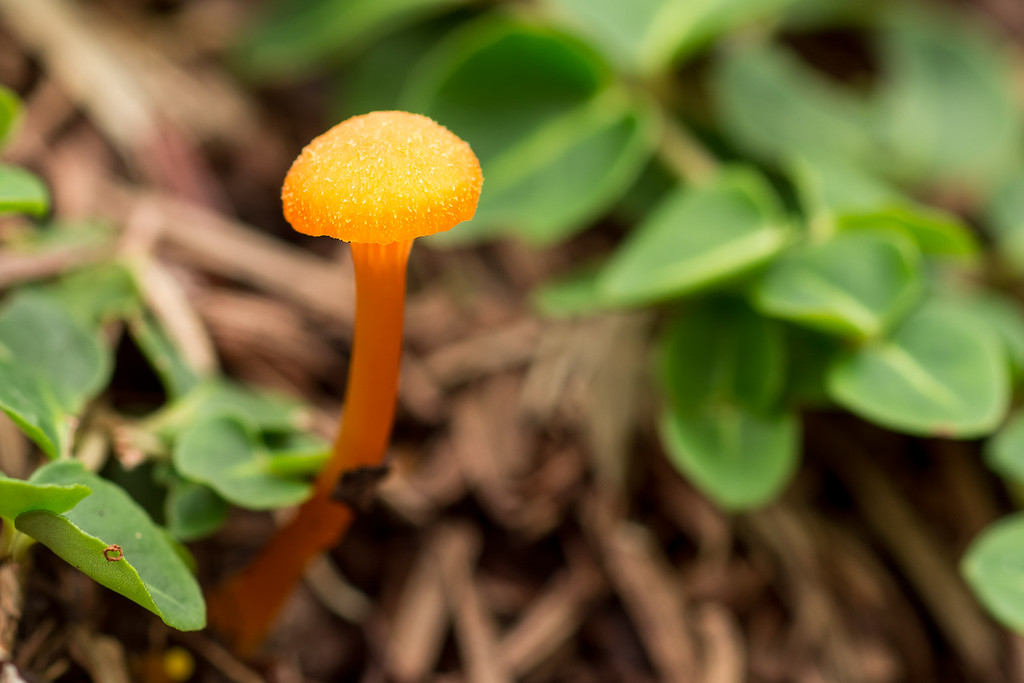 See where the cap attaches to the stem? The gills extend a little bit downward. That’s the clue! Otherwise, check out how much they change as they mature. You could convince yourself they’re not the same kind at all. They’re named for their resemblence to the cantharellus species – chanterelles – the super-tasty edible mushroom worth more than its weight in gold. Unlike those fab fungi, I wouldn’t try eating these. 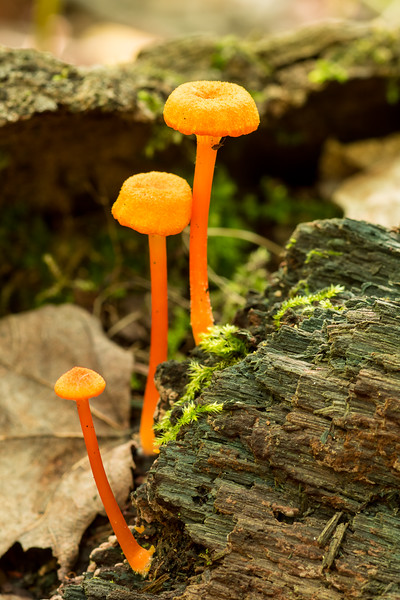 Some of the other ways you can ID chanterelle waxcaps (and other mushrooms) are by cap and color characteristics. In this case the cap is often dry, tends to be flat and depressed with edges that can be wavy. The color ranges from reddish-orange to yellow. One way to eliminate a species from your possibles is by where it grows, or more technically, on what it fruits. Hygrocybe cantharellus mostly fruits on the ground in woods that don’t dry out too much. All but one of these shots show them on the ground, so I’m forgiving of the one on the dead tree; mostly because it has those descending gills.

More mushroom posts will probably be forthcoming since I shoot so many of them. Sometimes when I’m walking through the woods I have to tell myself that I don’t have to photograph every mushroom I see. So hard!!