A while ago I posted about photographing birds in my yard and it taught me that I have a lot to learn about that kind of work. I’m MUCH more comfortable with small critters, so here’s a couple I found recently in the yard.

Instead it was pretty mellow. Maybe the ‘tude takes a while to develop. Comes with size I would guess. Or the smell. I’ve seldom met big snappers who wouldn’t take your arm off given the chance. Sometimes I see really big ones in the river while I’m in the kayak. In my head I know they’re more afraid of me than I am of them, but they still give me the willies. Like one of them is going to come up out of the murk and bash my boat. This little guy though was pretty calm and easy to photograph. I put him in front of a log to use as a backdrop and got right down there with him. Everything about it has such terrific detail. It was only a couple of inches long. The only snapping turtle safe to handle; the ones that fit in the palm of your hand. 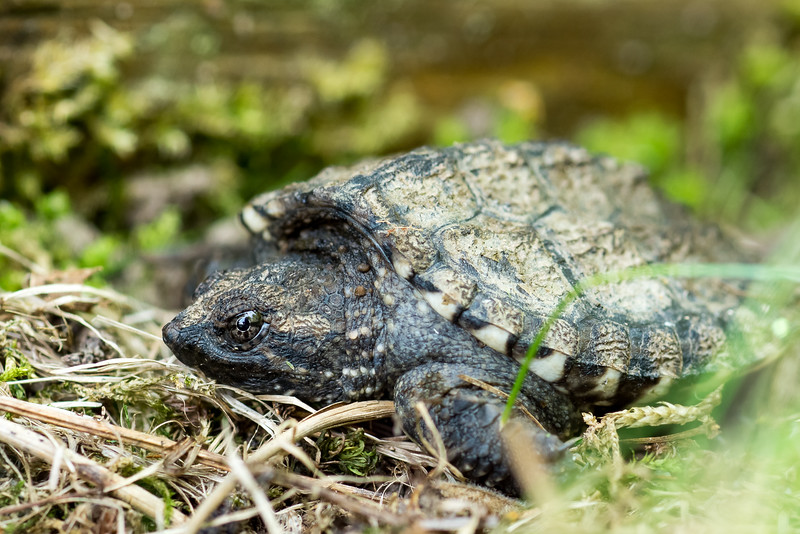 If you live anywhere but in the nitty-gritty urban city-scape, you’ve heard spring peepers filling the night with their mad song. It’s one of the things I look forward to most in spring; the first time I hear the peepers as the sun goes down. Weirdly though I’ve never actually seen one until the other day when one showed up on the deck. 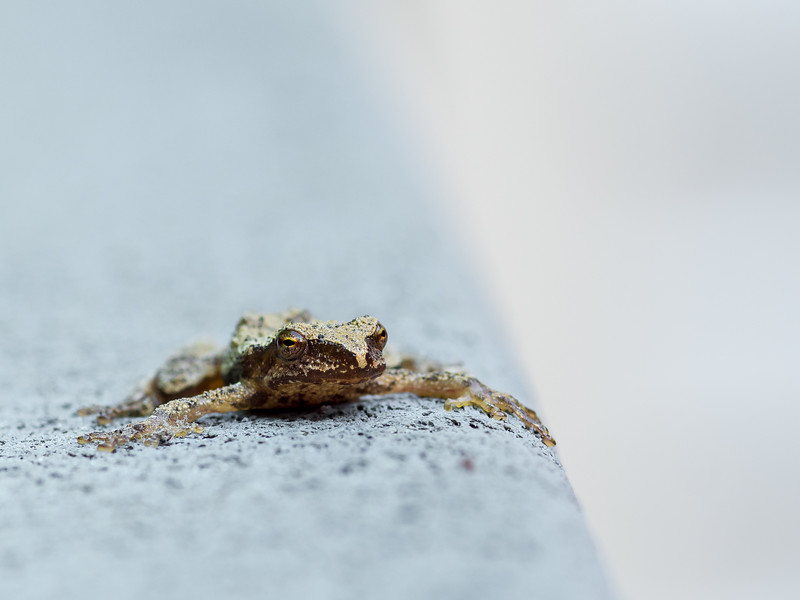 I had to grab my field guide to figure out what it was. There is a bit of color variation in the species, but they have a distinctive X marking on their backs that nails the ID. I’m always amazed when I look at tiny creatures close up. If you enlarge the shot above you can see blood vessels in the arm on your right. The skin and bones are so delicate. Look at those wee toes! I thought it was pretty scared and backed off only to have it leap to the floor and give me enough time to change lenses for a more artsy shot – 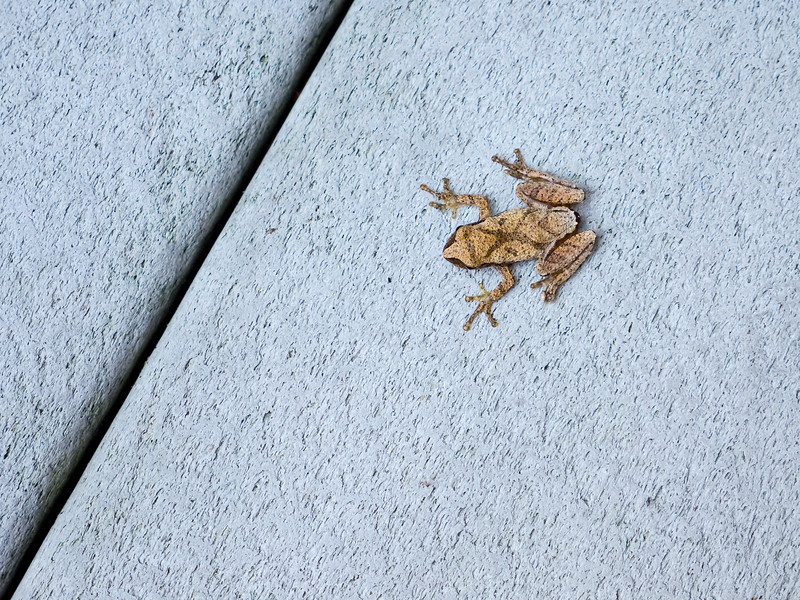 It’s not even an inch long. How does something so small make such a big racket?