You know how you can walk past something again and again and not notice it or what it is, but when you do you feel like a dope? I had that experience recently when I hit part of the Ice Age trail in search of a particular wildflower I knew was there, but ended up being bowled over by one that I didn’t.

Well kind of. Sure, I noticed its bright green, feathery leaves and thought them beautiful. The problem was when I noticed the flowers were long gone. Check out what it was – 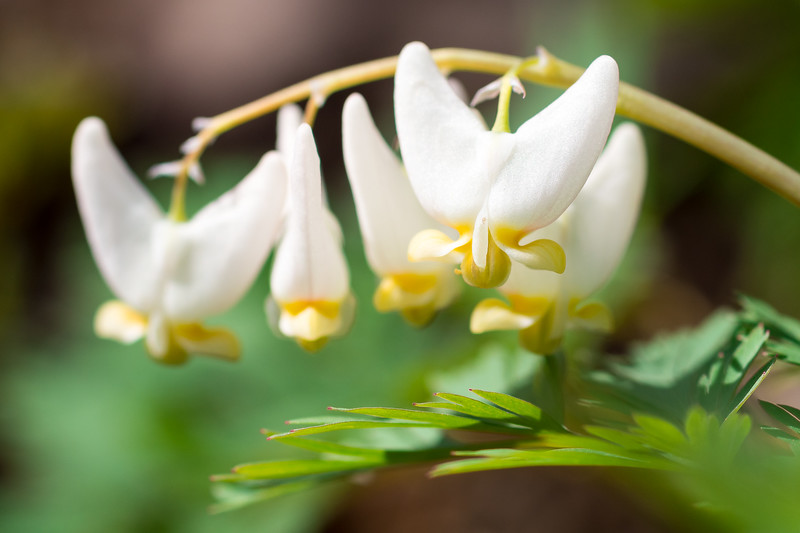 I’ve long known about these guys and how they’re supposed to be so common, but I’d never seen them before. They were right under my nose the whole time, I just didn’t recognize them without their pants on. Once I did though, I spent a lot of time looking and photographing them. Here’s what they look like when they’re young –

As you probably can tell, they are in the same family as bleeding hearts. My guidebook tells me they are only pollinated by bumblebees since they are the only ones to have a proboscis long enough to get in there. I saw plenty of girls on them, but wasn’t lucky enough to capture one at work. Al Mullen was though –

Isn’t she great?? Early spring wildflowers are so important to bees emerging from hibernation like the bumblebee. They do not store food for the winter and so finding it quickly and in abundance is key to their survival. In return, they specialize in certain flowers and are key to that species proliferation as well. Wonderful how that works, huh?

Something else that works is black and white for these flowers. Check it out!

The tonal range here just nails a black and white. The texture, too, adds a richness that I think is needed in a monochrome photo.

4 thoughts on “I’ve been breeched”