The post about how the Panasonic G9 has changed my photography got me to thinking how things in the past, mostly cameras, influenced my craft. 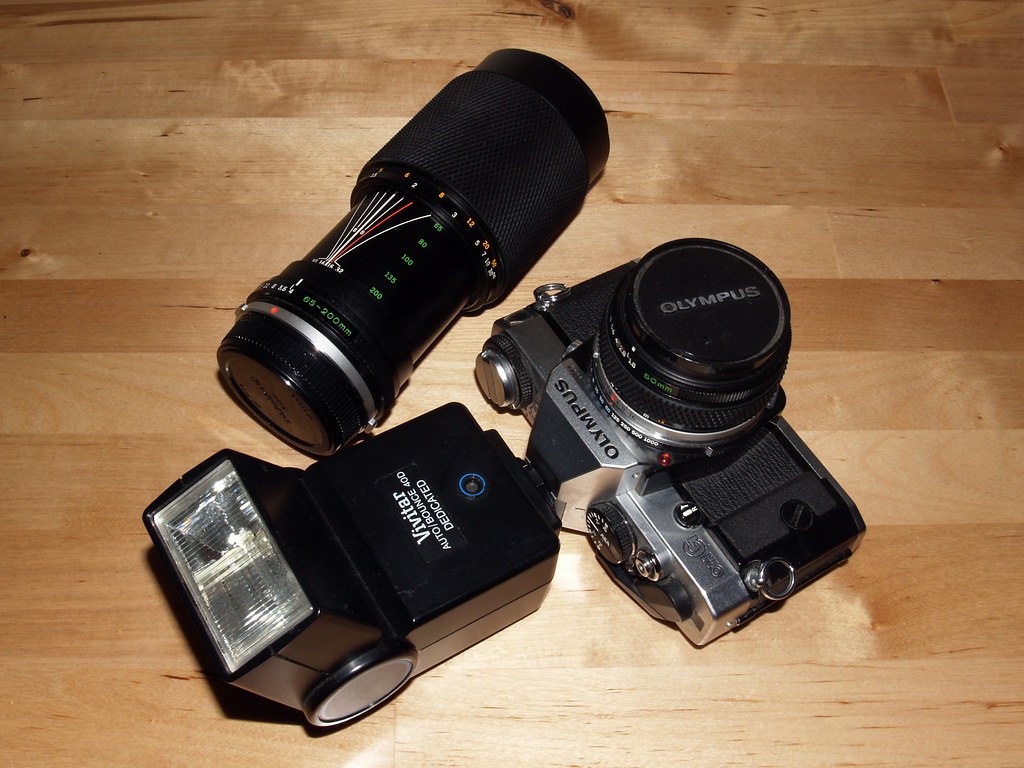 Prior to this, I had a 110 instamatic, but I really put it through its paces and even tried getting creative with it. So when I wanted to take a photography class in high school, my parents bought me the camera and the nifty-fifty as it’s now called. With it I learned all the basics about photography and film-handling.

Then I got a job in a camera store. It was perfect. I got to play with all the gear. Try stuff. Learned about different models and features. Figured out how to help people choose the right camera or other piece of kit. Learned printing color film on a mini-lab. All kinds of stuff. After playing with everything – Nikon, Pentax, Olympus, Minolta, Canon and even weird stuff like Yashika, I decided to stick with Oly and bought a used OM-1N and 135mm f2.8 and eventually a better flash (Sunpak) and a 24mm f2.8. 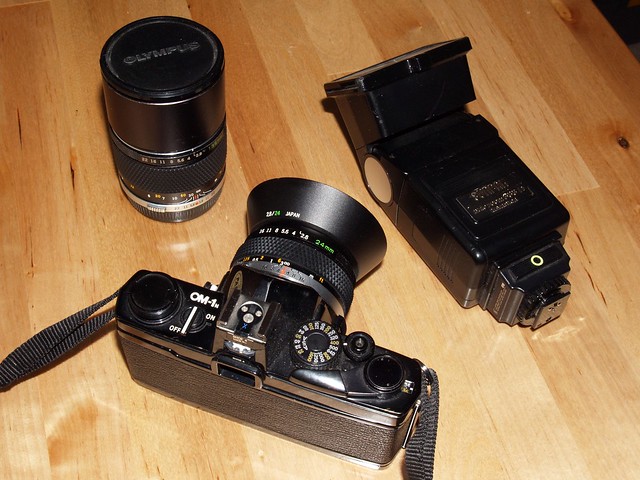 By this time I’d become a straight lens snob (justifiably so, zoom lenses of the 80s were notoriously crappy compared to fixed focal length lenses) and the OM-1 forced me to shoot in manual because that’s all it has. I also learned a lot about longer lens technique, how to meter in my head and to be more selective about composition, framing and exposure. I shot a lot of Tri-X and spent many happy hours in the dark room and taking classes.

I shot with the OM-1N almost exclusively for 10 years, using the OM-G as a second body which was a common and necessary practice in film days. Eventually I added a much-coveted OM-3 (again only manual mode, but with a better shutter and meter), an auto-winder and more lenses to my collection – 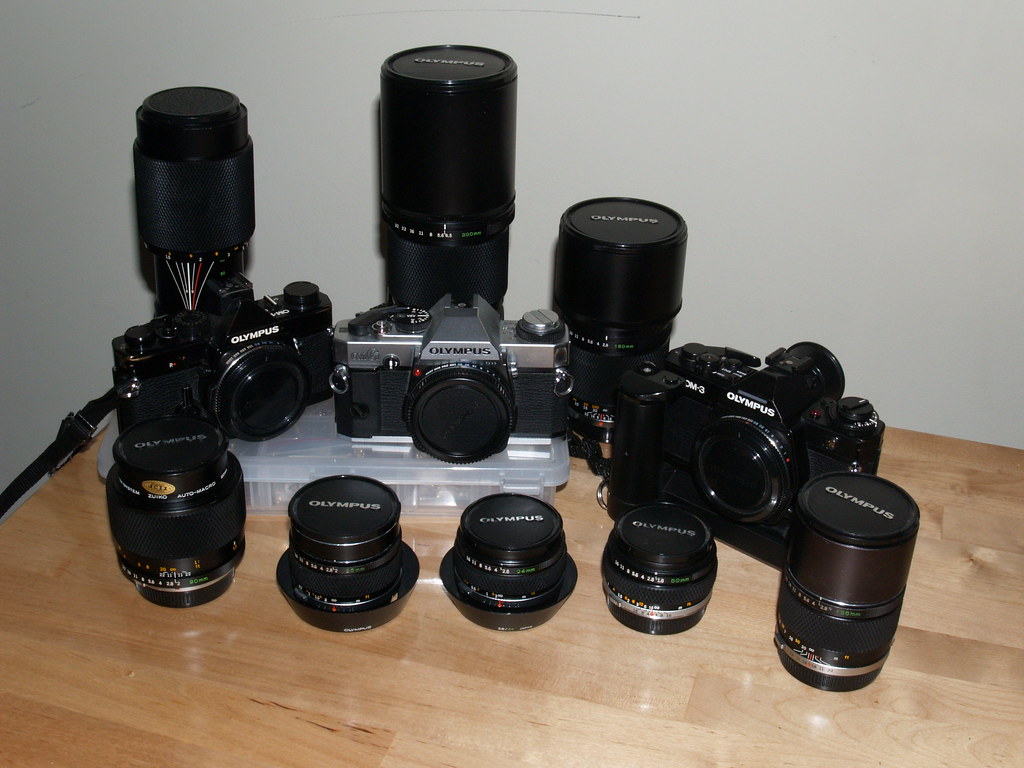 Most of it I still have, but eventually in 2004 or 5 I broke down and got a digital camera. Being an Olympus person, that’s what I went with, though in hindsight I should have done more research. It was an impulse purchase based on the erroneous idea that my old lenses would only adapt to an Olympus. There were some gotchas with other brands though and I wasn’t disappointed with my decision. I don’t have a picture of my actual unit, but here’s what it looked like (and what I used to take the pictures of all the rest of the gear).

Weird right? Where’s the mirror housing? It’s there, just built over and the exact opposite of the ultra-pointy OM-1 mirror housing. I won’t say this made me better at what I do, but it did open the door to digital and all that it entails. I also got an adapter so I could still use all my marvelous glass. It was only 8mp, but in those days that was pretty good and very normal. It all has to start somewhere, right?

No, the camera itself wasn’t the game changer, but what digital imaging led to – editing and online sharing communities. I found a group of photo enthusiasts in New Hampshire and those folks introduced me to new places to shoot, new techniques and accessories and post processing software. Specifically Lightroom.

That changed my photography. In so many ways I can’t even enumerate them. Photoshop made very little sense to me even after reading books. I just didn’t like it. Lightroom came naturally. It was intuitive in a way that just worked for me and years of using it made me pretty skilled. More importantly it made me extend my vision for a photo beyond the fieldwork.

I still shot a lot of film alongside the digital, but the more I used the E-300 the more confining it felt. Seeing what other people had and looking online a lot got me drooling over this bad boy – 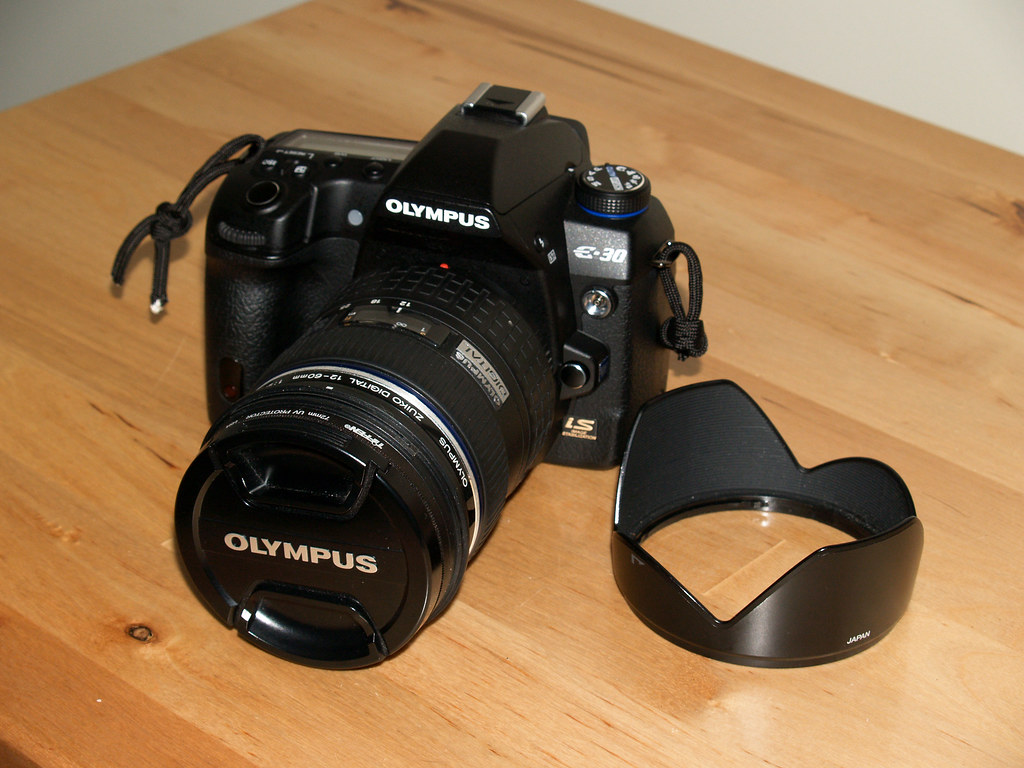 The monster “pro-sumer” (bleah, I hated that word) E-30 that was better in a ton of ways – viewfinder, lens, flip/swivel screen, image quality, focusing ability. Boy, did it change my work. I shot a lot. I didn’t have a full time job for a few years and I went out several days a week. Thousands of images. Here’s my review.

It was all good, but the most important thing it did better was with regard to macro. I used and still use an 80s vintage 90mm macro which means I have to focus manually. The E-30 would magnify the image so I could focus accurately. Game changer!

One of the biggest benefits it had was that I was out more. In nature. It might not have been commonly known then, but I knew it was good for me; my psyche and attitude, especially through some stressful times. My curiosity sharpened and I started to acquire a collection of field guides so I could identify what I was photographing. That has led to reading more about nature, specifically natural history on a variety of topics.

The E-30 quit on me in 2013. Or maybe the lens did, but either way I was ready for something new and for the first time I bought a camera that wasn’t an Olympus and didn’t have a mirror – 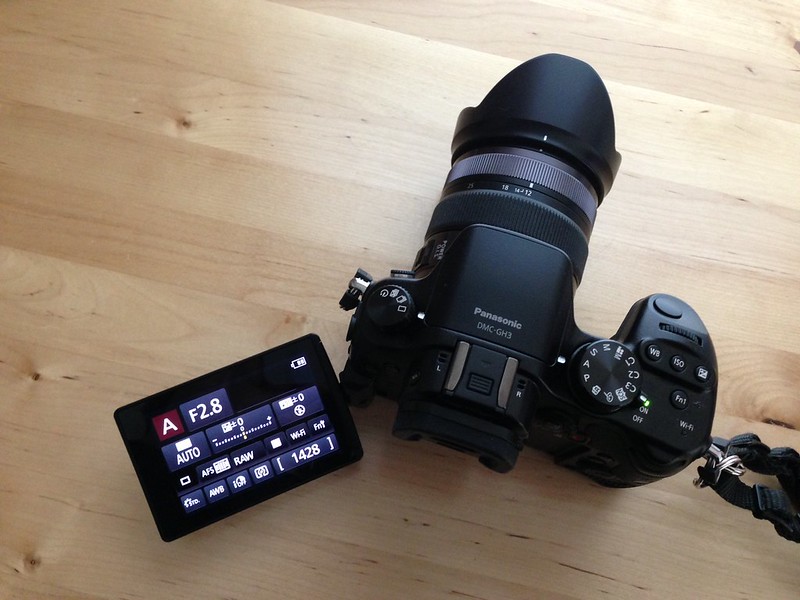 My first Panasonic – the GH3. I won’t wax on too much since I wrote about it when I bought it. Oh and in a strange twist, the guy who sold it to me was the same guy who sold his OM-1N to me in the 80s. He stayed in the camera industry and managed one of the locations of the last surviving small photo chain in New England.

Again, the way it improved my macro shooting was fantastic – instead of only enlarging or magnifying the image to focus, it kept the screen bright no matter how closed down the lens was. With the E-30 I had to focus with the lens wide open because I would lose too much light when I stopped down which I would only do when I had everything set.

The other thing that the GH3 did was get me to put my toe in the video pool. I still don’t do a lot of it, but I’m more comfortable taking and editing than I was a short time ago. Could I have done more with it? Absolutely, but still photography is my default position.

And now I have yet another camera that is helping me to improve and expand my photography. While I don’t suffer from G.A.S. (Gear Acquisition Syndrome), I do appreciate how cameras, lenses and whole systems have gotten better. There’s almost too much choice, but knowing how I work and what’s important to me helps me make good decisions. Here’s to getting even better with age!

2 thoughts on “Past game changers”

Leave a Reply to Streets of Nuremberg Cancel reply