The reason I couldn’t spend a lot of time at the Quinta da Regaleira is because our group had tasting appointments in the afternoon. Sintra is in the Colares wine region of Portugal and the weather and location make for some pretty extreme viticulture methods.

Our first stop wasn’t an individual winery, but a collective – Adega Regional de Colares which was founded in 1931 to preserve the grape varietals grown here and the farming traditions associated with the area.

Even though Portugal is a very small country, they pay attention to and have strict rules for their wine regions. The Colares region was created in 1908 and is the second oldest in Portugal. All of the vineyards are situated between the Atlantic ocean and the hills and dunes of Sintra. There’s evidence of wine being cultivated here during the Roman empire.

After tasting at the collective, we went to Viuva Gomes where owner and winemaker Simon greeted us warmly and showed incredible hospitality (more of that to come!)

If I remember correctly, the winery has been in the family for 5 generations with Simon’s grandson now coming into the business. Here he is talking to our friend Christian who makes wine in California. 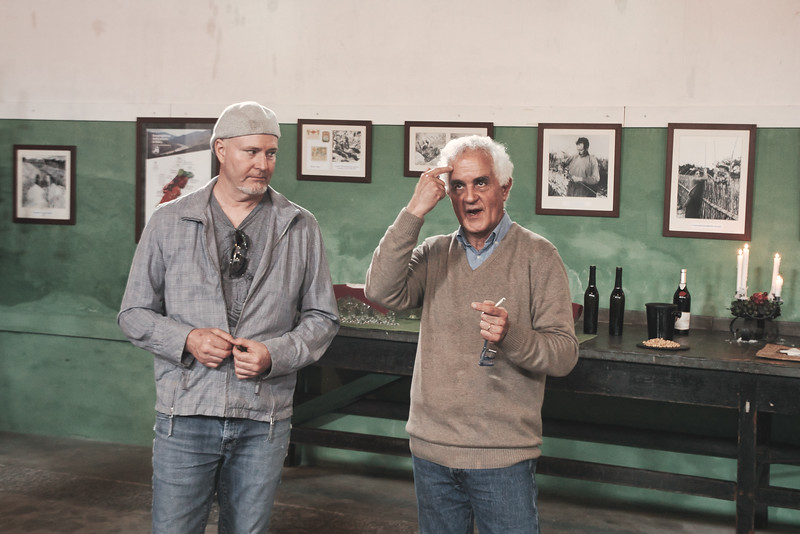 I can’t recall the exact conversation, but damn I love this shot. You crazy American wine maker you. Whatchoo talkin’ bout ‘Willis? So great. But let me show you the tasting room. It’s like a wine making museum!

That is a wine press that is now retired after decades of service. The auger is rotated with a big handle (not in place) and the end of the press (against the wall) is forced downward into the grapes to extract the juice. Below is a detail of the bowls where the juice is collected. It’s looking down into them from just where the candlestick is in the middle of the picture. 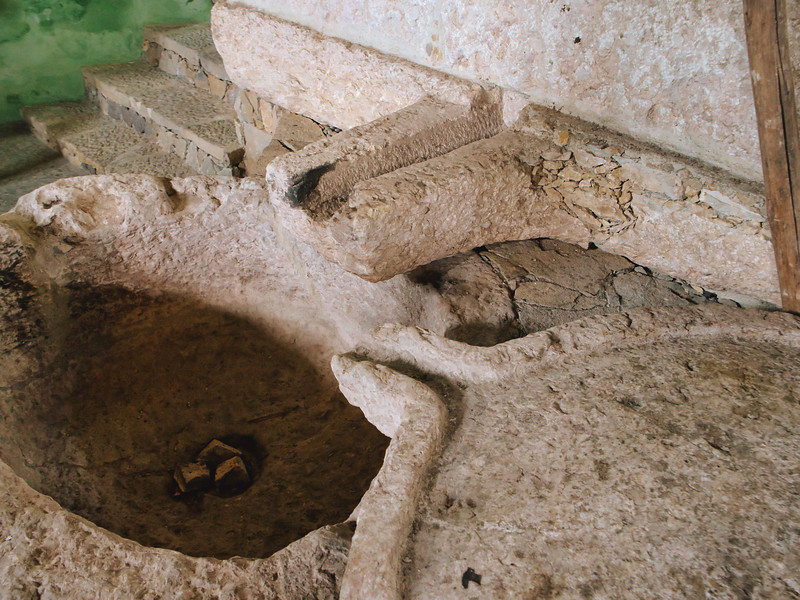 After tasting his current wines, Simon was generous enough to open a wine his grandfather made. I’ve never had a wine this old in my life.

And while it might have been as good as the wines Simon is making, this was a little past its prime. Still a great honor to have tried it though.

The next day we left the hotel and headed for the Douro river valley and on the way made a couple of tasting stops. The first was at Quinta do Sanguinhal, another family owned winery with several quintas (estates) in their holdings. I think all of their vineyards are in the Bombarral wine region which is an hour north of Lisbon and was created around the same time as Portugal itself. Originally the territory was a private farm belonging to King D. Afonso Henriques who donated it in 1153 to the order of St. Bernard and the Alconbaca Monastery.

We spoke with a brother and sister from the current generation running and managing the business. They were terrific hosts and we got a lovely tour and tasted some terrific wines.

From there we went to yet another wine region. Since Portugal is so small the regions are too and so it is easy to visit several in a day. This time we were in the Bairrada region and our host was Caves Sao Joao, a company that has been producing wine for 100 years. It’s pretty clear how it got its name!

And in another building we saw even older caves!

I believe this hallway has the sparkling wines, which despite the cobwebs, dust and mold were pretty nice.

Then there was this guy –

It was a little creepy down there so I was glad to get up into the light again!

One thought on “Portuguese Wineries”