Our first full day in Pinhao was a pretty great one. This was part of the view from the balcony of my hotel room. Very early morning light!

We learned about and tasted port from one of the most famous producers – Quinta do Bonfim (they make Warres and Dow among others). At their main facility we got a tour and again I kept marveling at the landscape, something I’d be doing basically all day.

After our port wine lessons we took a rabelo up the river to Ferrao where we had an amazing lunch at Quinta Nova. Of course it was a modern boat with a motor, unlike the traditional boats it emulates which were powered by the Douro river itself. The word rabelo means ‘little tail’, for the long wooden projection at the rear of the boat which was used to steer the vessel.

These types of boats aren’t found anywhere else in the world and were used for centuries to transport wine barrels, people, equipment, food and other goods down the Douro river to the city of Porto. It was treacherous and very often fatal for the crew and the cargo. Here’s our boat after we arrived at our destination (and no, Jan doesn’t have four legs, someone is behind her!) – 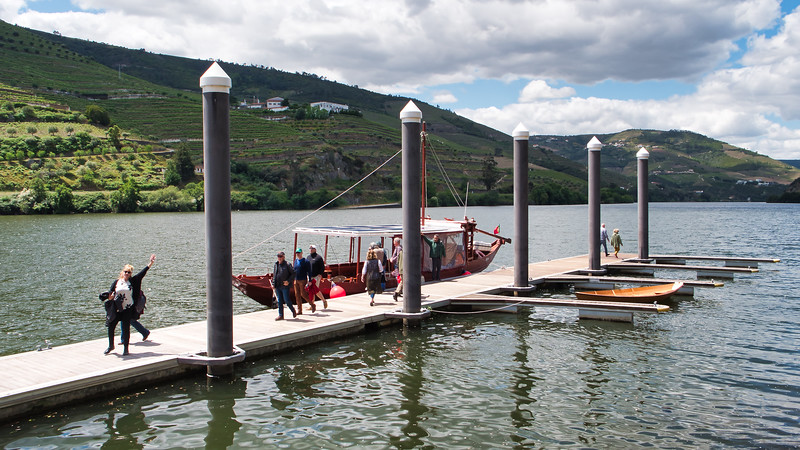 It was cloudy and very windy, but it didn’t rain and the boat had blankets and plenty of port wine to keep us warm!

There was a surprising amount of ruined building on the shoreline. So many that I’m going to put them (and maybe others) into a separate post, but here’s an example –

Can you imagine having to build the terraces and walls here? With no power tools? When it’s 90 degrees out? Perched on these incredibly steep slopes? No wonder it took two thousand years to achieve. Incredible. 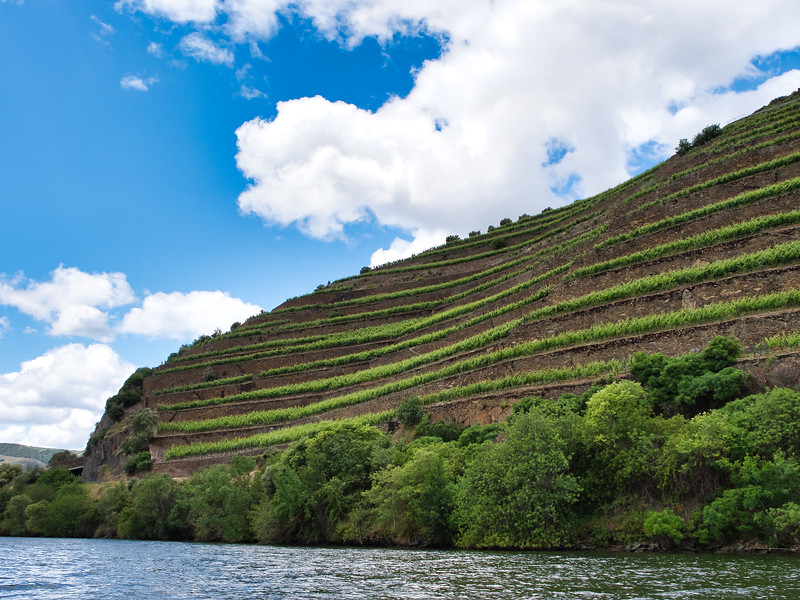 And as you might imagine, harvesting, pruning and any other work with the vines is done by hand. They use ATVs in places where they can, but mostly everyone gets around on their feet and there are no mechanical harvesting machines that can handle this terrain.

Our group was lively and fun on the boat, but I was too busy looking up and taking pictures. When would I ever get to do this again?? 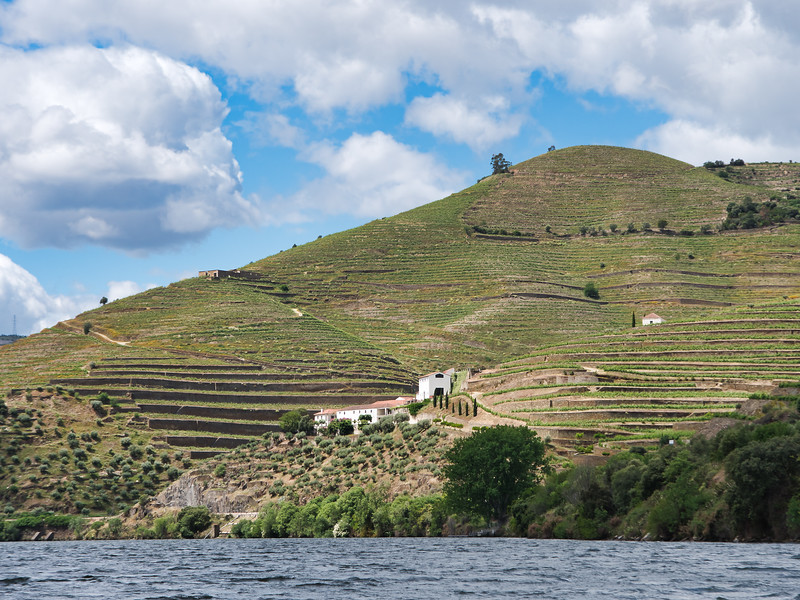 In this next picture, the top hill on the right is where we were going for lunch – Quinta Novo (that’s what the white sign says, but it’s hard to read). 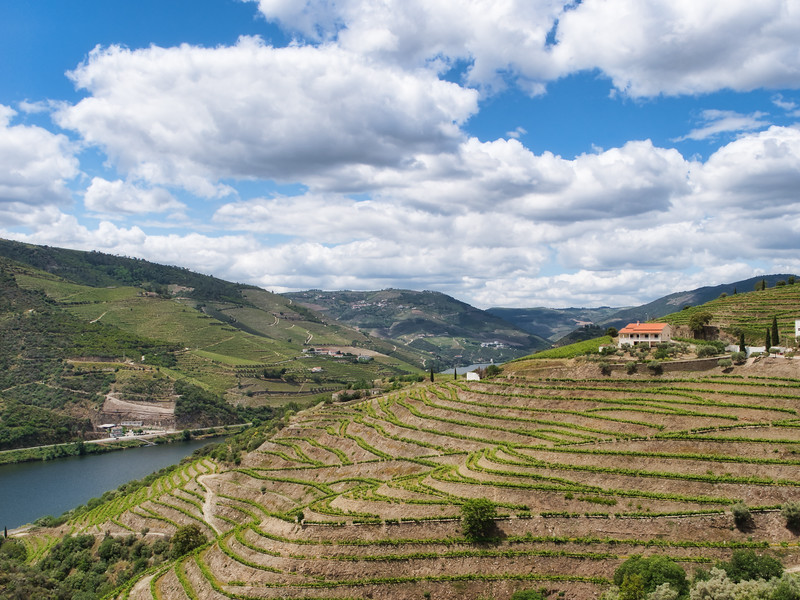 No wonder it’s a World Heritage Site. There’s archaeological evidence that wine cultivation began here during the Roman Empire. It’s been continually farmed for wine production ever since. This is the view from behind the main buildings (restaurant and resort) –

I took a ton of food pics on this trip, something I don’t normally do, but since I did here’s the lunch we had. As it turned out, it was the best – 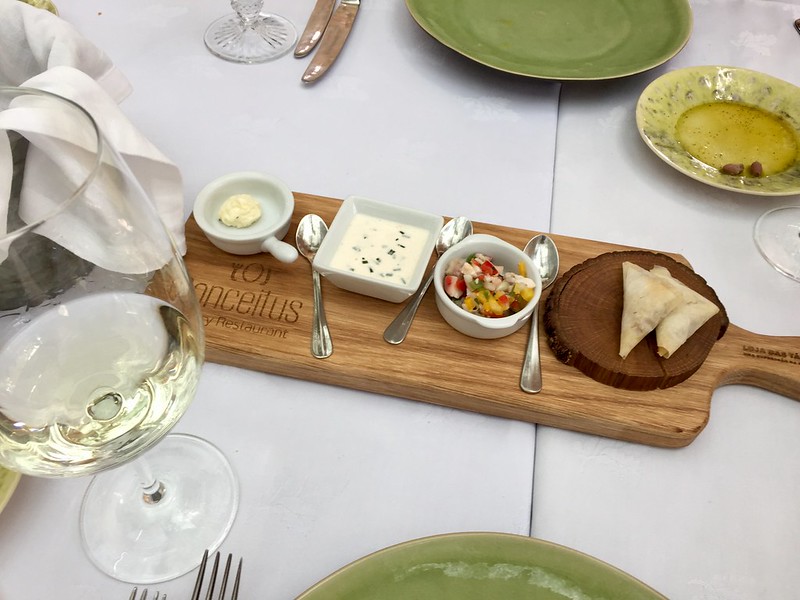 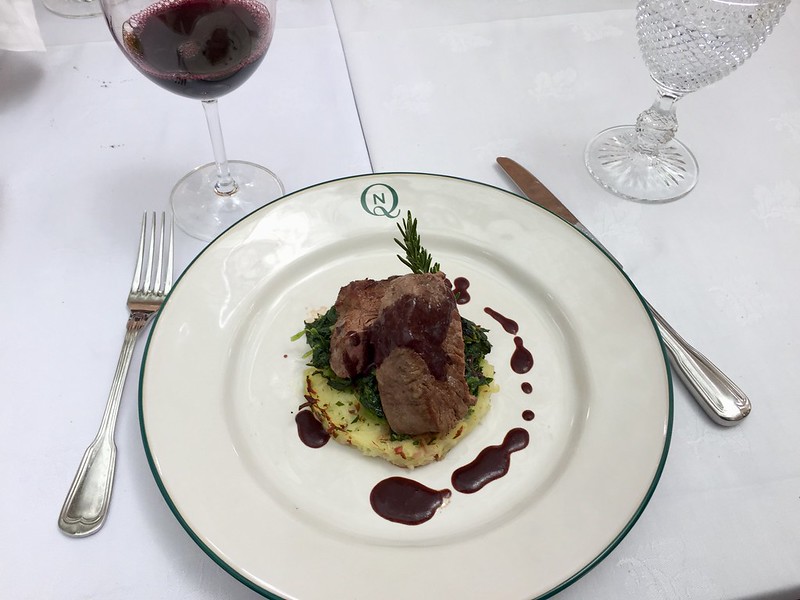 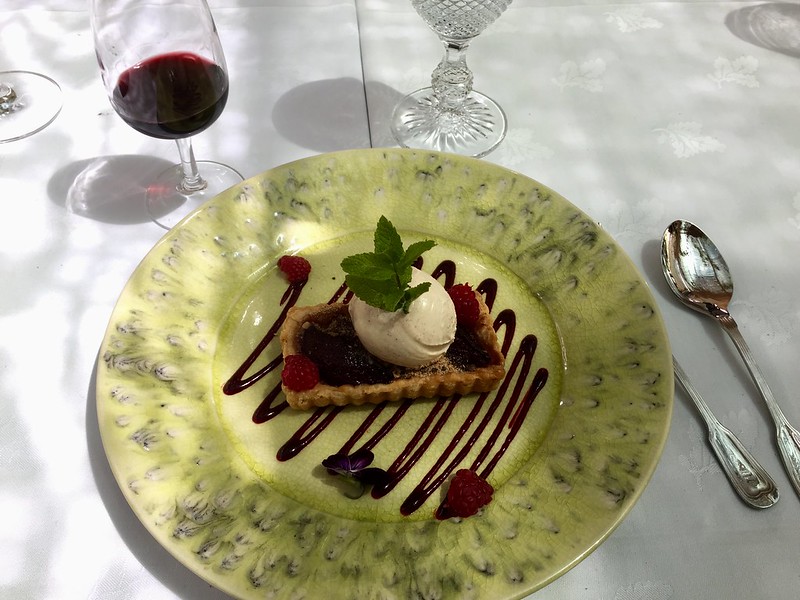 I think there was another course in there, but you get the idea. Lovely presentation and completely delicious and I like the plates with the quinta’s initials on them.

So that was our river cruise. Truly a wonderful experience. Unfortunately we didn’t sail back to Pinhao, we took the bus which was about a meter longer than the recommended length for the unbelievably steep and twisty road, but Caesar had mad skillz and we didn’t die. All I kept thinking about though was that last scene in The Italian Job. White knuckler for sure.

One thought on “Sailing the Sexy Landscape”