In early October I went on a field trip sponsored by the Natural Resources Foundation of Wisconsin. I’ve been on some before and will definitely go again. Partly it’s because of the really interesting places we have here in the state, partly it’s because of the company of like-minded folks and the expert interpretation of the site. This one was to the Blue Hills Felsenmeer SNA.

Isn’t that incredible? It’s looked almost exactly like that since the last glacier covered Wisconsin. It’s actually called the Wisconsin Glaciation and lasted from approximately 75,000 to 11,000 years ago. In the US it covered the Upper Midwest through Montana and Washington to the west and New England to the east. Canada was basically subsumed by the ice sheet. There is lots of geological evidence of glacier activity in Wisconsin. This is just one of them.

Here’s our group listening to DNR Forester, Ron, explain about the formation. 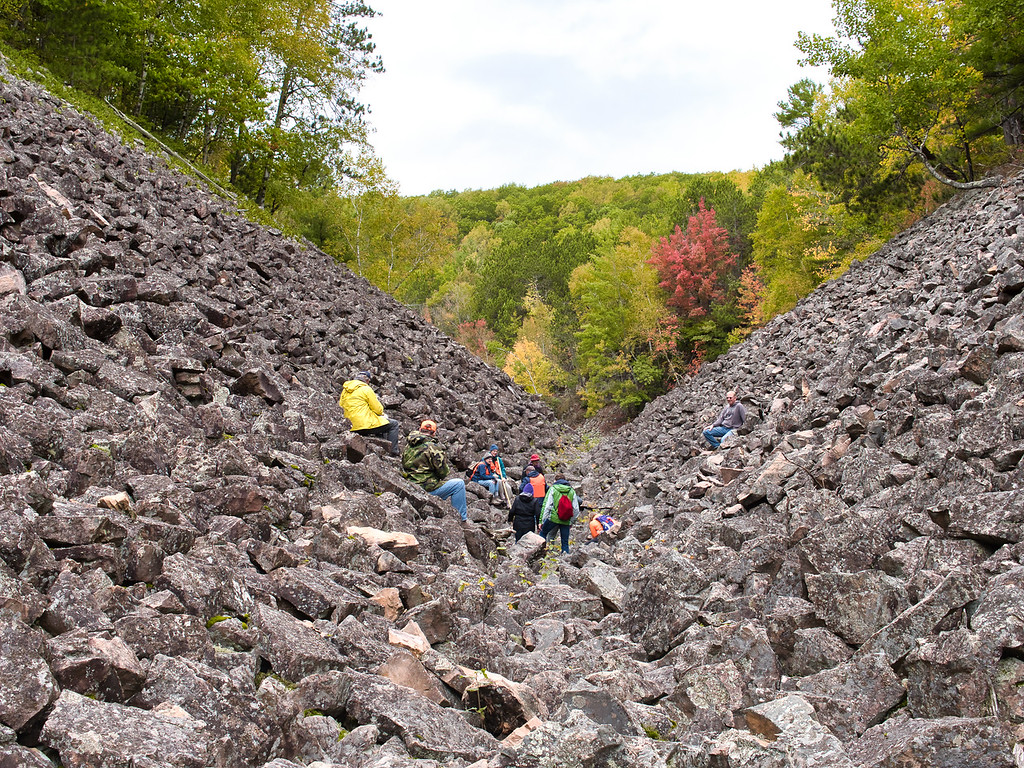 Technically it’s not a felsenmeer which is a German term meaning basically ‘sea of rocks’. A true felsenmeer is associated with mountainous regions (not Wisconsin) and the rocks are formed by breaking up due to frost and freezing. They lie on much shallower slopes than the 25 degrees here in the Blue Hills. Instead we should call this a talus.

A talus is just a rock deposit. It forms when a glacier melts and re-freezes over time. Snow and ice slowly melt under the rocks so they settle gently. In the end they fit tightly together and form a stable slope. It’s pretty fascinating and the process takes hundreds or thousands of years. A scientific survey was done about 10 years ago. Ground-penetrating radar was used to discover exactly how the area was formed. Read the report here (it isn’t long). It’s written to be understandable and has illustrations of how the glacier caused the rocks to lay down in this way. Scheduling this hike to coincide with fall foliage season was a great idea!

The temperature can be 10 degrees different from the top to the bottom, and I keep reeling at the span of geological time. It’s how long it takes for plants to take hold. The first wave are the lichens, mosses and bryophytes.

I slowed the group down enough taking all these pictures, so I’d like to go back to do a more focused study of these plants and how they’re growing and supporting the next wave which are ferns!

This is a shot looking back on the trail leading into the most accessible part of the felsenmeer. As you can see, rocks are still very close to the surface, but the soil has developed enough to support much more than ferns.

A little further in the slopes really start to stand out and you can clearly see exactly how plants take over an area like this. I didn’t really notice at the time, but that rock is a perfectly uncomfortable little chair! 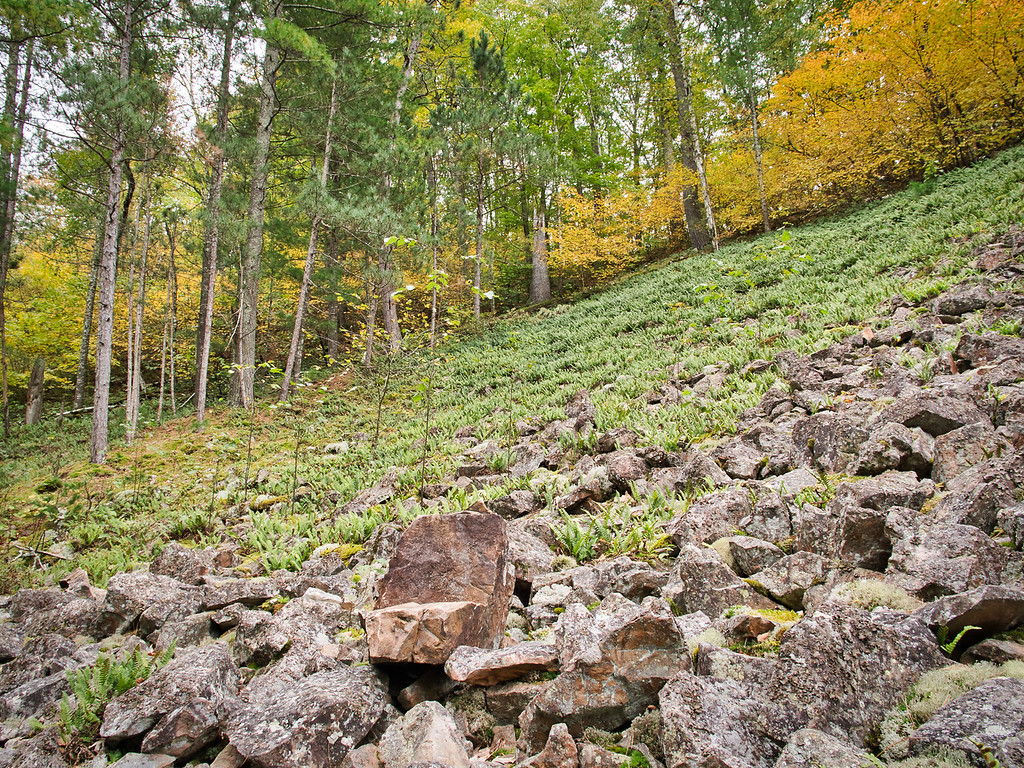 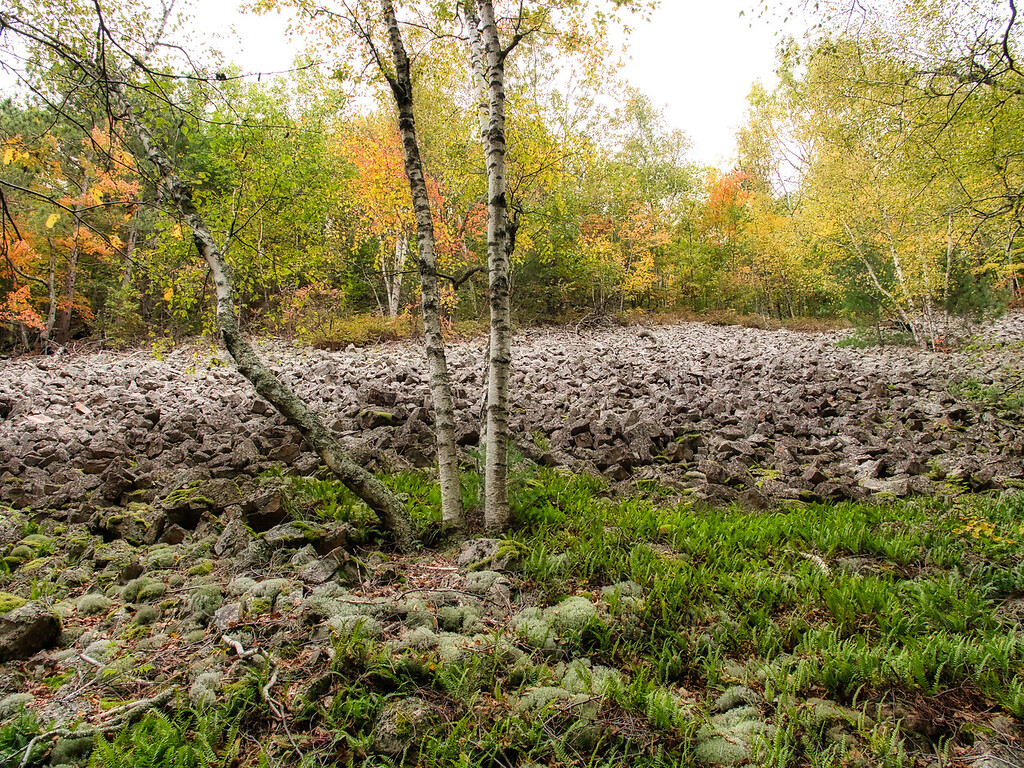 The thing that knocks me out is how long it’s looked basically just like this. The aspen up there are probably 10-20 years old, but the ferns have been there much longer. It will take 10s of thousands of years for the formation to be filled in and obliterated. I can hardly imagine. 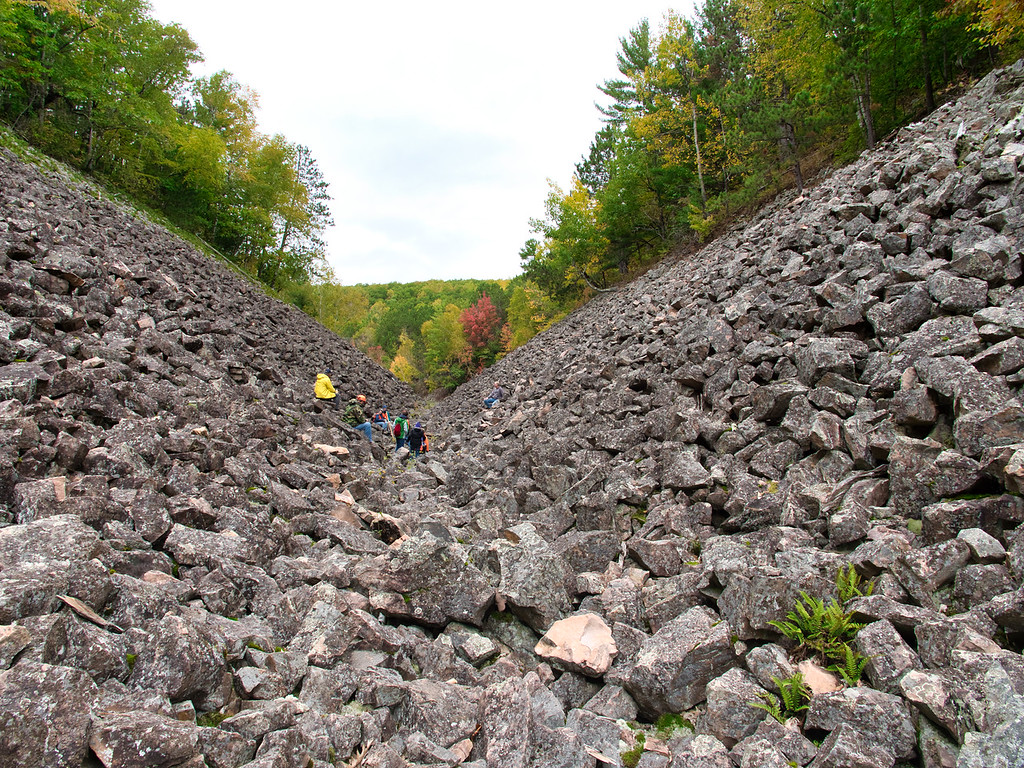 The deposit winds its way through the trees, bending here and there. There are other sections separated by forest that the trail doesn’t go through, but should be easy to get to judging by what I saw on Google maps. There are other amazing preserves nearby so I’ll probably make a day of it in the spring.

The woods surrounding these amphitheaters are beautiful, too. I didn’t have my tripod since any time-consuming photography wouldn’t be polite for the other folks, so I just handheld for landscape shots. The light was bright, but overcast so it was doable. I only wandered off trail now and then, playing catch up with the group. 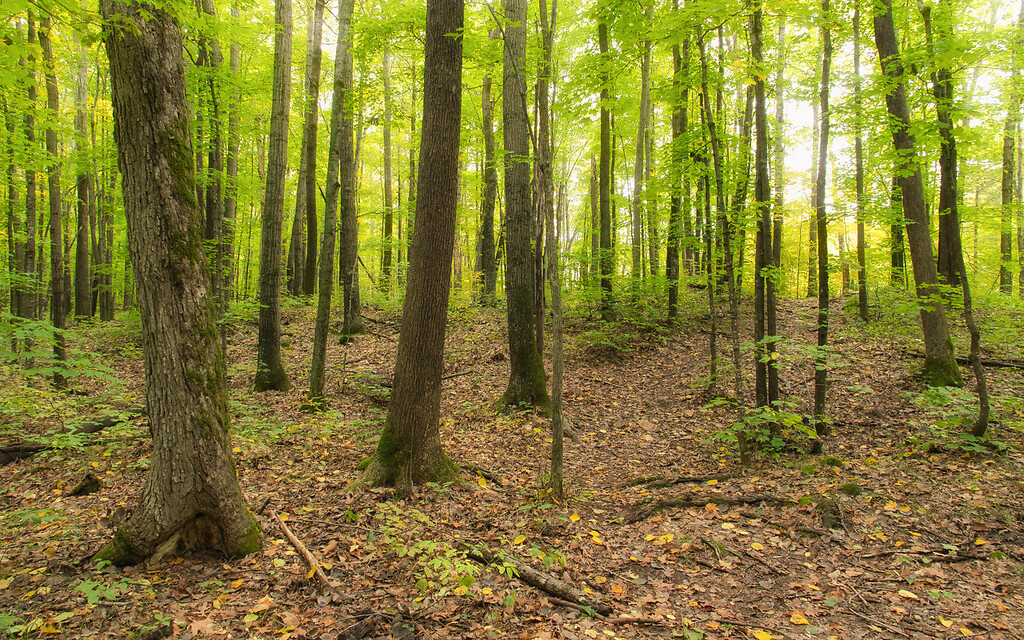 A little seasonal stream bed that crosses the trail –

When a forest is thinned, either by humans or natural forces, trees get some room to do their own thing instead of growing straight up into the light.

It was a little hard to see down into the talus due to the trees on the route Ron led us through, but I found this view with a great leading line. Wouldn’t want to set a foot wrong here. 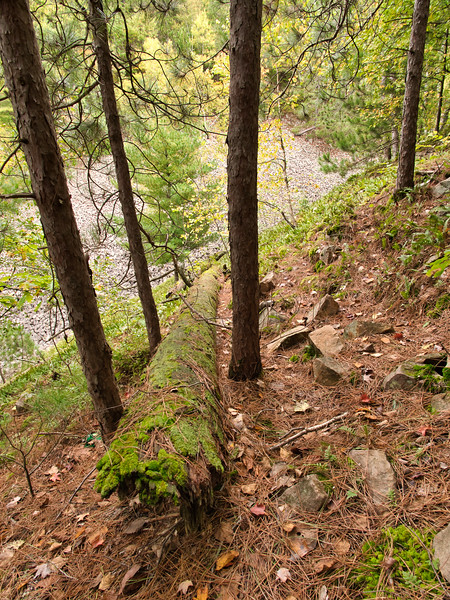 Because the forest is so actively logged, drainage ditches had to be made to keep the roads and paths from washing out during heavy rains or snow melt. This one still had water in it and I wonder if it’s used for drinking by the animals that still live here. Possibly it acts like a vernal pool would in the ecosystem.

All in all, the Felsenmeer at Blue Hills is a terrific place to visit. It has easy access, lots of trails and some pretty great piles of rocks. 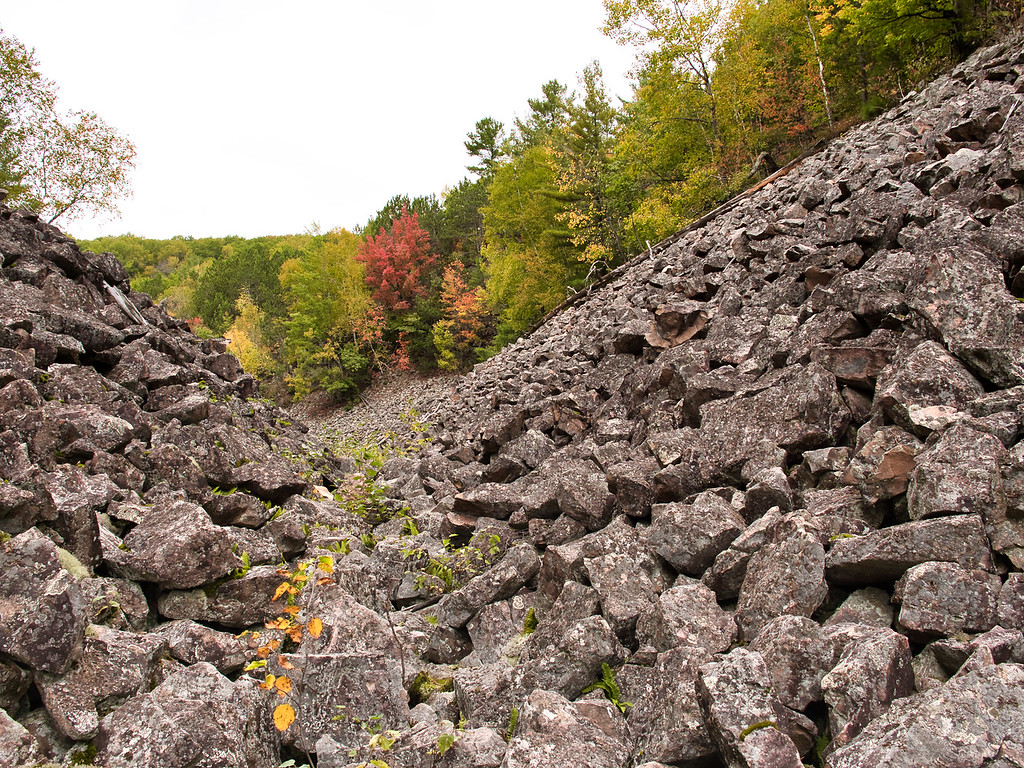 And because Ron was such a great leader, he took us to a bonus location which was a welcome treat and another reason I’ll be heading back to Rusk county. Bonus location post coming soon.

5 thoughts on “The False Felsenmeer of the Blue Hills”