Back when I first got my G9, I re-evaluated the way I was using the dial Custom modes on the GH-3 and with good reason. Now with almost 2 years of using the camera (OMG how time flies) I’ve done it again. Honestly I should have done it earlier. Some of the things I set in the modes I changed on the fly and barely ever used. It was annoying to have to do it, but I just never reset the Custom modes out of laziness.

Well, it stems from wanting to better understand the Auto-focus choices so that I could improve my wildlife photos. A little Googling informed me that Panasonic published a major firmware update back in November 2019 that included something called Animal detection.

Yup. It works in a similar way to the Face detection function that is already one of the Auto-focus choices in the G9, but to detect animals. It uses Artificial intelligence and a lot of algorithms to be able to do this, and it intrigued me so downloaded the latest update which includes a few more things. 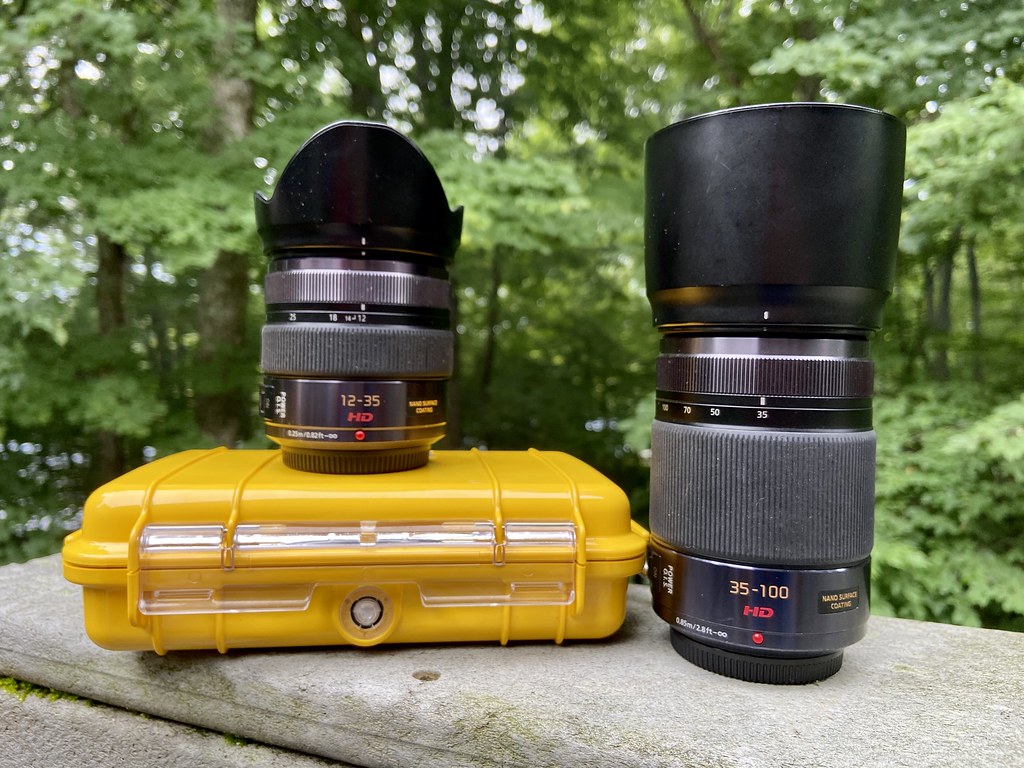 I also discovered something that made me feel joyous and stupid at the same time. I’ve been disappointed that my beloved Lumix G 12-35mm f2.8 and 35-100mm f2.8 lenses were incompatible with the Dual-IS system the G9 uses. At least that’s what the spec sheet at Panasonic said about my original versions of these two beauties. What it should have said is Download firmware version 1.3 to enable Dual-IS. I have to set a Google alert for firmware updates.

OMFG. I’ve been bitching about and wondering why Panasonic couldn’t do this since the lenses are totally drive-by-wire. It made no sense. Well of course it didn’t.

After doing a little research about the differences between my v.1 lenses and the current v.2, I might have gotten confused by the fact that the old ones won’t work with the 2nd generation Dual IS function. From what I saw the big difference is walking around video – it seems that the new Dual IS system actually learns and then predicts camera movement based on that. A few seconds of video with a person walking shows the beginning is much jumpier than the end. Nice, but I’m not a videographer so it’s not critical. If I were, I definitely get a lens compatible with the new system.

So now I have the latest firmware on all my lenses and the little IS icon in the camera waves at me saying Dual.Yay! But jeez do I feel like an idiot.

Anyway, after learning a bit about Animal detection and how if you have it selected as your primary focus mode, it works as regular 225-point when there are no animals detected in the scene. When it thinks it finds one, it engages and a yellow box appears around the critter in question. The box follows the animal through the frame as it moves or as you move the camera. As of this writing (August 2020) I haven’t tested it, but plan to soon.

Back to the Custom Mode settings. I’ve changed them and added a fourth (there are five, but I haven’t decided on the last so it’s at factory settings for now).

During this whole process it’s been like having a new camera. Not just because of the added functionality with the firmware update, but because I’ve been diving into the menus and learning stuff. Like that there are different Sets when it comes to AFF or AFC focus modes – they vary depending on what your subject is likely to do such as move at different speeds in different directions. It seems I knew about this, but totally forgot so my Custom Settings now include those. Plus you can tweak the sensitivity and the object prediction defaults as well. Cool.

Oh and I thought that because the selector switch setting says AFS/AFF it would auto switch between the two from the factory. NOT SO. You need to go into the menu and change it from AFS to AFF and now when you choose that setting with the switch it will auto detect movement and change to AFC while you’re shooting that subject. When everything goes still again it shoots as AFS. OMG the stuff I didn’t know about my camera even after all this time.

Oh and I also learned that Function Button settings follow Custom Modes. So when I have FN4 set to the Level in Custom Mode 1, I can have it something else in C2 and in all the rest. I had no idea. I thought they were set for the camera itself – a baseline, but no. You can assign them to different things in different modes. Something useful, but might get confusing if you change from one group of Custom Settings to another often and still think FN5 is spot metering when you’ve changed it to Bracketing. So there’s that. Use with caution.

Speaking of Bracketing, I found out (accidentally) that you can engage bracketing by pressing the +/- Exposure Compensation button to the far right on top of the camera. A little icon appears at the upper left of the viewfinder or back screen. It shows the OFF position, but using the joystick or the wheel will move you through the bracketing options. Using the touchscreen will bring up a more direct Bracketing menu for you to work with.

Because you’ve engaged this function through the +/- Exposure Compensation button it defaults to exposure bracketing. If you want focus or aperture bracketing you’ll still have to get to those though a separate menu.

So…what are my current Custom Settings, how did I change them and why? You can go to my previous article to see the how and why of the first go-round. I changed up the Scene styles just for laughs and I can always alter things in Lightroom. Adds & Changes in Orange. Oh and I always shoot in RAW and have Lightroom set so my default is Camera Settings and not an Adobe default.

Why the changes – I added Focus Peaking because of my new macro lens. It’s a system lens so has auto focus capability, but even using one-area and pinpoint focus I find that it’s very finicky. Things that look to be in focus sometimes aren’t so highlighting what is sharp makes sense in this mode. Adding a bunch of functions to the screen buttons makes sense because I use a tripod and usually have the screen flipped out anyway. The functions I assigned are either ones I already use, or ones I think could be useful with this type of photography.

Why the changes – I lowered the minimum shutter speed because I now have Dual-IS across all lenses. Doh!! In-camera curves could be useful to control highs and lows in contrasty situations. After discovering this feature I want to play with it in the field. Maybe having it as a function button will remind me it’s there.

Because C3 on the dial expands into two more Custom Modes accessed via the menu, I started using C3-2 as well as C3-1. It made sense to me to split my kayaking settings into two along these lines –

Why the changes – I upped the shutter speed because it was set wicked slow before and I always forgot and ended up with a really blurry, overexposed first shots before cranking the speed up. It made me crazy, but I didn’t know I could fix it by resetting the Custom mode with a faster shutter speed dialed in. Doh! I may change it again if necessary. Since this is my wildlife mode using the Animal Detection was a no-brainer. Ditto for the 6K 1 shot – critters move and I don’t always get the right shot so this way I can peel off stills from a quick 6K video. Auto focus far and near are new features and could come in handy with a long lens to prevent it hunting through its whole focus range.

Of course I’ll have to remember to switch the dial to burst or sequence shooting as well.

C3-2 – landscape, flowers, etc. – shooting from the kayak, but not wildlife

Why the changes – I created this new group because it’s a sub-set of what and how I shoot from the kayak, but it’s not as urgent. I have more time to relax and shoot than with birds or other critters and can take the extra couple of seconds in the menu to make the switch.

Because this last group is so new it will probably change. I think Aperture priority might work better in this case, but I’ll switch it if it becomes obvious along with anything else. I guess I could just move the dial to Aperture priority and work from there, but we’ll see.

I haven’t messed with the Quick Menu (Function button 2) yet, but I might. There are a lot of useful things there, but also many that I don’t need or use much. Maybe I could change that, but I’ll have to think about it more. Ditto with My Menu – I’ve only added one thing – Lens Function Button setting so I can get to near and far focus limiters – those options are new with v2.0 and once I get my new long lens I’ll be able to mess with it to see how useful it really is. I also deleted Post Focus because that only toggles from 6K to 4K and I never need to do that.

Phew. This turned out to be a much longer post than I anticipated. Hope you weren’t too bored and found something useful to put into your own photography routine, especially if you’re a Lumix, or specifically a G9, owner.

I know many of the things I’ve changed or only just figured out might seem basic or obvious, but there’s only so much info a person can absorb at a time. Even going through the menu or the manual a few times, you can still fail to pick up on or remember things. That’s why going through them periodically can really help things stick. Once you get comfortable using certain features and it becomes habit, then you can learn new ones to try and see if those become habits too. This works for me anyway.