In NH part of the Appalachian Trail snakes through the state and Vermont has the Long Trail, but here in Wisconsin there is the Ice Age trail. It isn’t contiguous, but runs for 1200 miles and is a nationally recognized natural resource. It’s taken decades of persistent land conservation, but today there are dozens of trailheads in dozens of counties. I probably won’t hike all of it or even most of it, but I have gone out to explore some already.

Each trail is divided into named segments and they’re all mapped, signed and blazed fairly well. The section in this post is not far from my house, just a mile or so down river below the Grandfather Dam which makes power using penstocks. These things – 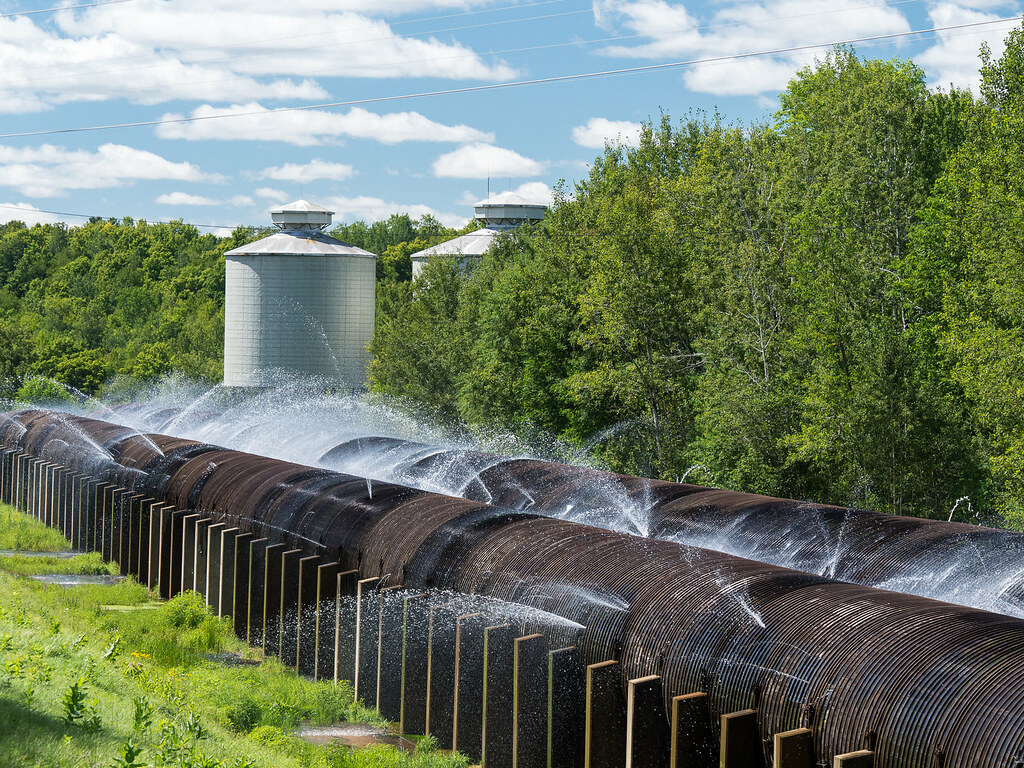 Crazy, what? Water from behind the dam is forced into these wooden tubes and regulated by the tanks you see in the background. Turbines get turned and the power plant, just out of shot to the left, sends power into the grid. It’s loud and wet and a bit nerve-wracking to be near them, but it’s the best and quickest way to get to the trail head, so that’s where I started. And no, that’s not one of the disasters. The penstocks are still holding! And the dam didn’t let water go either so I wasn’t caught in a flood (they do sound a siren warning though).

Being so close to the Wisconsin River, it basically follows the shoreline and what used to be the shoreline, but is now forest – 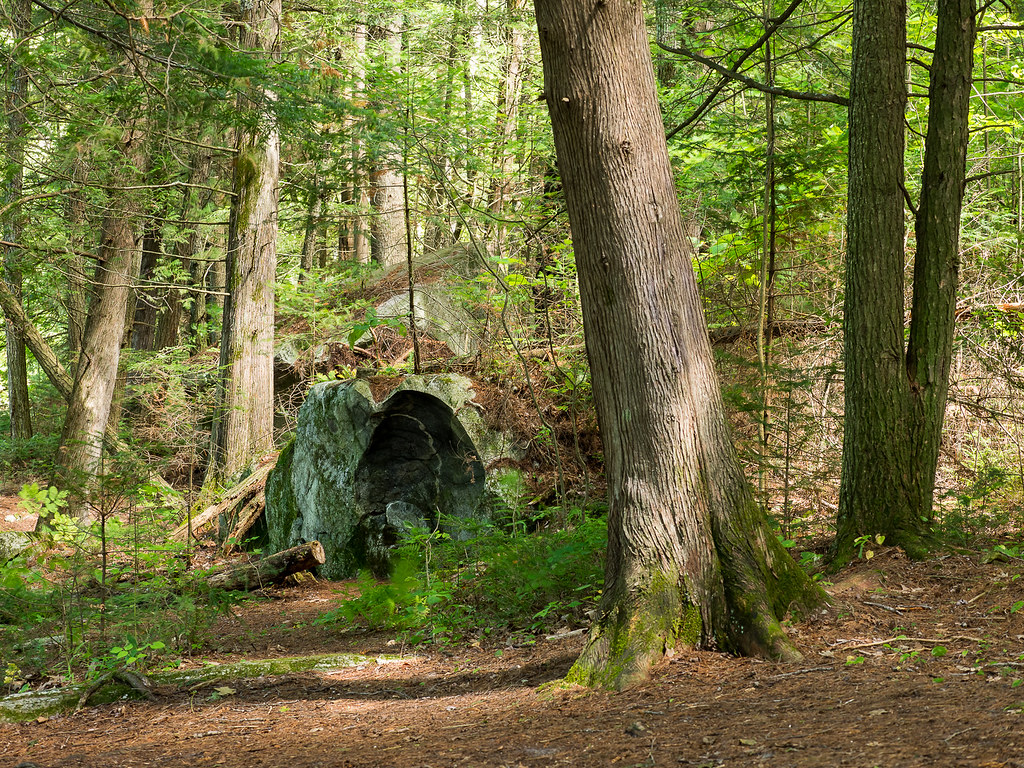 It’s a little hard to make out, but the darker area of the boulder there is concave; worn smooth by dozens and dozens of years of water surging and swirling. All of the rocks in the river are like this and are really interesting to see up close, which luckily you can do most times of the year.

Before I get to that here’s a little warning. Stay alert out there. Sometimes I’m guilty of being a bit too focused on my photography; the surroundings, composing, the light, the wonder of nature. All of it can be really absorbing. Not to mention I listen to audio books quite a bit when I’m out there. I can still hear sounds in my environment, but it’s one more thing my mind has to process other than what’s right around me.

So I’m standing there with the tripod, waiting for the sun to get blocked by a cloud a bit. I’m backing up, reframing, recomposing. Backing up again. I’ve got the remote shutter cable, a polarizer and other stuff. And what’s that? What’s with all these bees? No. Wait. Not bees. Hornets. Big ones. Whizzing around. They’re kind of all over the place.  Uh oh. 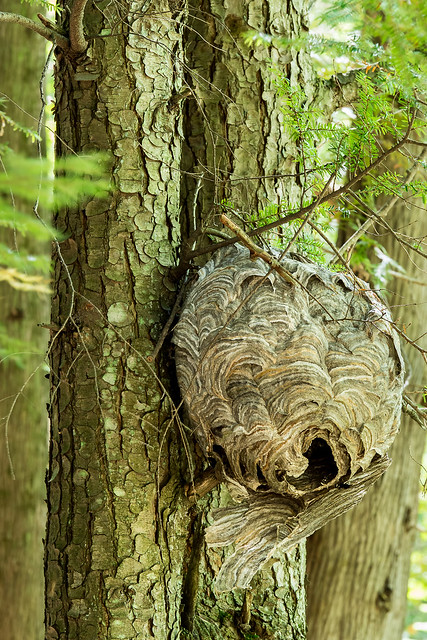 Yeah. That’s a bald-faced hornets nest bigger than my head. And it was about 20 feet behind me about 15 feet off the ground. No wonder there was practically a cloud of them. Dopey me just backing right into their territory. Yup, yup, yo.

I got right the hell out of there. Wide berth. Easy gait. Nothing too fast or jarring. Didn’t want to freak them out and send them after me. At home I looked at a close up of that shot and you can see a bunch of hornets right in the mouth of the nest. The thing is full of them. A pinata of venomous fun.

Ok, so note to self. Be careful. Be aware. Sigh. Good intentions. I really need to listen to my own advice.

So before I get to that, a word on sunlight and managing it in photos. Who wants to go out on cloudy days all the time, or confine your photos to just the golden hours at opposite ends of the day? Oh sure, they’re great, but learning to cope with direct sun can be really helpful during, you know, the rest of the day. And sometimes it can even help.

For me, the forest shot above wouldn’t work nearly as well if there wasn’t sunlight in it. It brings out the texture of that boulder so that you can see the carved nature of it. It shows depth as well, emphasizing the layers of the trees. I did soften the image in post though, bringing the highlights down and easing off on the contrast. Other techniques I use with dappled sunlight is to lower the luminance of certain colors if they seem to ‘hot’. Yellow and red often go off the charts with digital photography, so managing the color sliders can help tone those down.

It can help with direct sun as well. A beautiful day like this one is tough to shoot in. The shadows are harsh and the glare intense. Start with a polarizer. It can do a couple of things; reduce the glare on shiny surfaces like leaves and rocks, and also bring up reflections. The thing is that to do one it has to do the other less well. That’s where you luminance slider can help. This is not saturation!! That’s a different value. 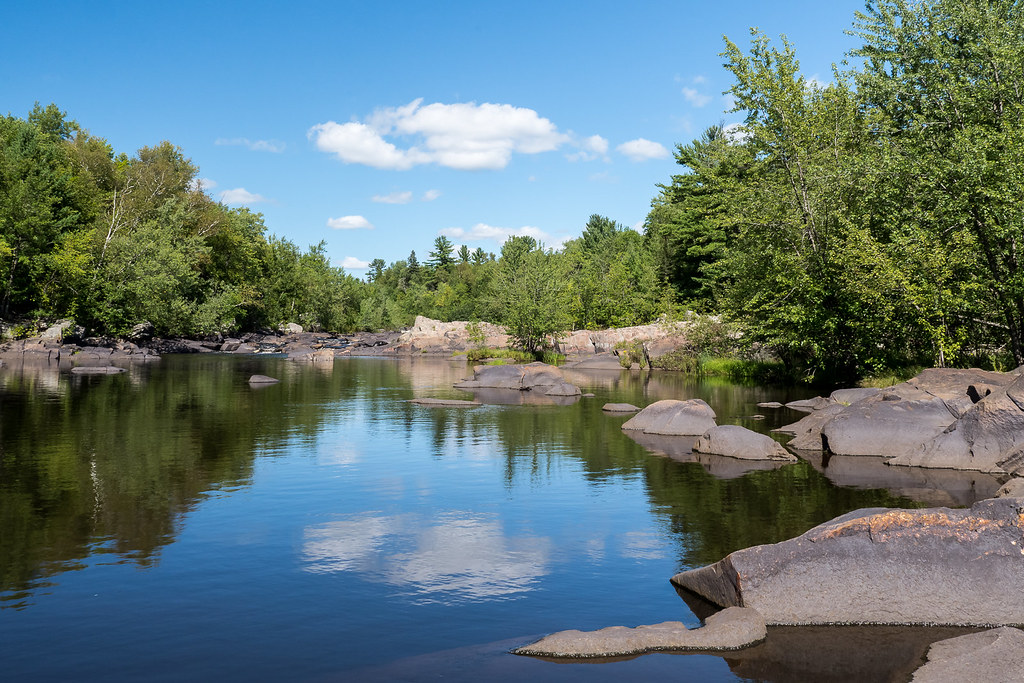 For this image I really wanted to concentrate the polarizer’s effect on the reflection. That’s something you just can’t reproduce in post-production, at least not without a lot of work. It’s much easier to do it in the field. Then with software reduce the lightness of the colors that aren’t as affected by the polarizer. For this image it was the trees and the rocks. Using this technique leaves your overall whites and highlights where they are which is important for clouds!

Little scenes can benefit from a polarizer as well. The moss here was reflecting a good deal of light and so I reduced it with a polarizer and the green is lush and deep. You may have to use exposure compensation to get the exposure back where you want it, but once you get used to working with it, it’s second nature.

Another tool I’ve been using lately is a physical thing and not a processing technique. Recently I bought a collapsible diffuser (finally!) to make my own shade. I’ve been meaning to for ages, but just never have. Now I have a 12-inch model that folds down to about 4 inches and is very useful for diffusing light on or around my subject as well as creating reflected light. This coupled with some of the Lightroom techniques above have improved the overall look of my images. I used a combination of all of the methods I’ve mentioned for the following shots – 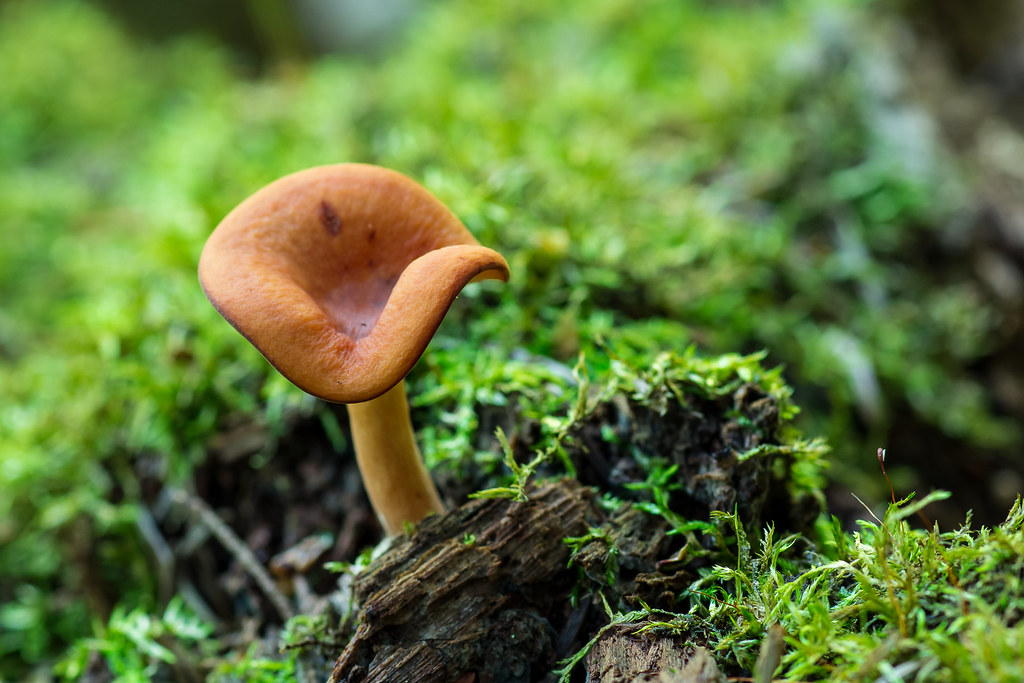 All the field and processing techniques don’t mean a thing if you can’t get the shot in the first place. Whether it be you that’s all busted or your camera. Or in my case both.

While making my way across a small feeder stream, the big, flat rock I stepped on tilted. Sharply. Throwing me straight down onto my butt and tripod with camera attached. Into the drink it went and damn if my ankle didn’t hurt, too. My first thought, of course, was for the gear. A quick look and I saw that the front of the lens was fine. Wet, but undamaged. The lens cap did its job and I fished it out of the water and gave it a shake.

A whole bunch of things saved my bacon with this little tumble. First is my lifelong habit of replacing the lens cap between takes. It might seem silly or a pain, but it literally saved my lens and/or filter this time. And given that it’s a really nice B&W filter, I’d have been bummed to have to replace it. Better than the $1200 lens, but still. Spendy. So I tells ya – put that lenscap on, you never know.

The other thing is that I fell uphill. The stream was flowing down a slope and so in crossing I fell upstream instead of downstream which was lucky. And that my lens and camera are weather-sealed. A quick dunk in very shallow water is something it’s designed to take. And it did. Yay for magnesium camera bodies, too!! A quick wipe down to remove some debris and water droplets and it was good to go.

The last thing I was immediately grateful for was that I didn’t have the Olympus 90mm macro on the camera. That might not have worked out so well. Yeah, it’s a tank and I always put the cap back on it, too, but it isn’t weather proof and it’s old. Almost irreplaceable. Sure they come up on eBay now and again, but not often. So glad it was in my bag. No one wants to see a grown woman cry.

The tripod did well, too. It’s scratched up on one leg, but I think of it as a battle scar not a blemish.

So that’s my tale of near woe. Almost stung to death by hornets, but escaped at the last minute only to fall on my butt and put my oh-so-precious gear in harms way. But wait! Good habits pay off and there’s no damage, except to my pride.

One thought on “Two near disasters and coping with direct sun”